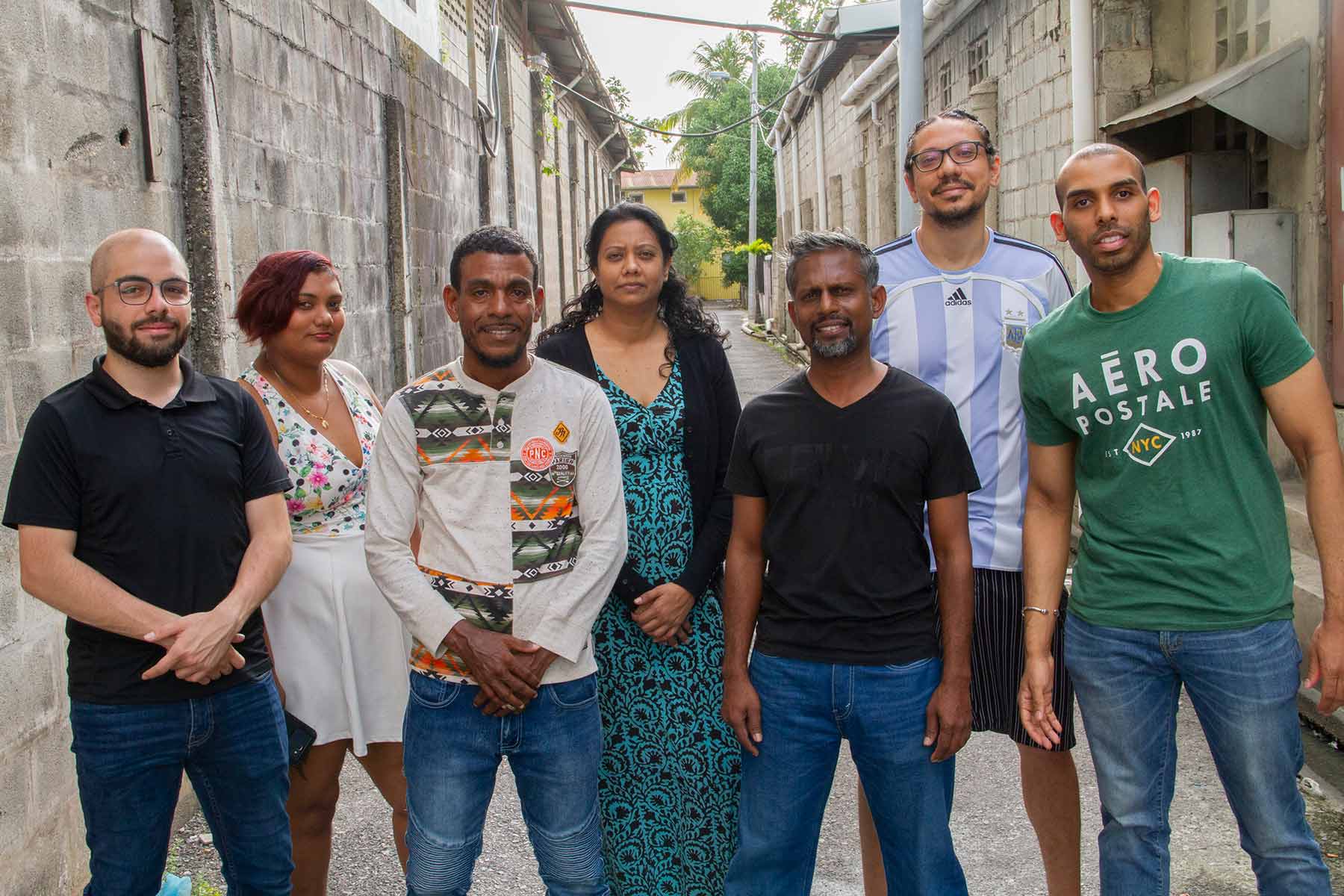 Willie Singh is an emerging Filmmaker and entrepreneur in Film Production.
Over a decade ago, he has worked towards creating his company Willsworld Production and has been involved in Video Production in Trinidad and Tobago over the years.

Collaborating with other creatives, his experience expands from Private to Corporate with his passionate dream of Film Productions. He has worked on a few Short Films in the past and aims to achieve a series of Feature Films in the future.

His recent collaborative achievements on the recent Short Film “Hush A Bye” has won international awards in 2019. This achievement has been increasingly excited thus far and has been very encouraging to produce more Films. He directed, written, and produced Wake up, a drama short film which gained entry at an international film festival.

Willie is currently at the development stage of his first feature film which is written and would be directed and produced by him and collaborating team members of Willsworld Production.

Christopher Anthony Din Chong graduated with a Bachelor of Science degree in Physics from the University of the West Indies. While developing a new hobby, Christopher discovered his love and talent for writing. This new interest led to him graduating with honors, with a Bachelor of Arts degree in Film Theory and Production, and establishing himself as a film and television Producer.

Christopher co-founded C.R.E.A.T.E. Strategies Co. Ltd a full-service communication company. He has conceptualized/produced/directed several commercial projects for private and government agencies. He formed the Forward Ever Foundation in 2011 to tutor underprivileged children in story development and video production. He wrote, produced, and completed the cinematography for the short film Purple and the International Inspiration documentary: The Singapore Promise. Christopher has also established a film production company called 3 Line Studios. He was part of the team that produced the documentary film Coolie Pink and Green which was screened at several prestigious film festivals internationally and won several awards. He produced, wrote, and directed the Supernatural Thriller 3 Line and the Crime Thriller Sanskara. He produced Queen of Soca (2019).

Christopher is presently producing, writing, and directing several television, web-based, novel based, film and theatrical productions including Bois, Lynch, and Carnival of the Dead. He is currently developing a slate of thriller, horror, and fantasy projects.

Marlon Pinder is a filmmaker who holds a BFA and MFA in filmmaking from the University of the West Indies and the University of Miami, School of Communication, respectively. He has directed and produced numerous short films that have been screened at local and international film festivals. He is currently developing his first feature length film. 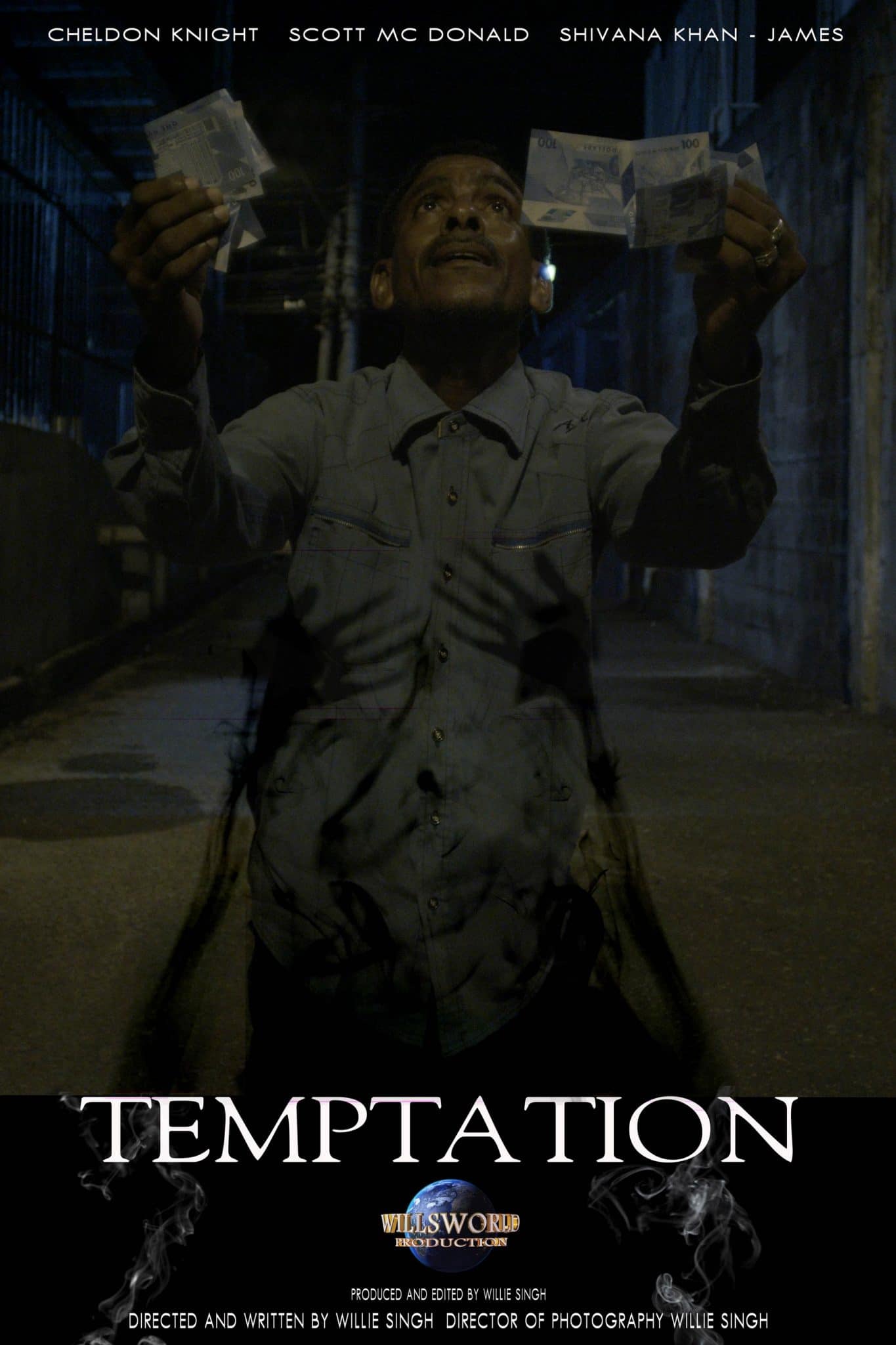 This film is very personal to me because its content and theme mirror my own experiences over the last two years. I’ve faced financial struggles but through it all, I have managed to keep my faith in God. I believe that this unwavering faith has guided me to create this film.

After completing the script, I endured through grueling pre-production, pulling crew, and cast members together. Production of the film was scheduled for a Sunday afternoon at five pm, hours before a nation-wide lockdown of our country, at midnight, was set to occur due to Covid-19. As a result, production was rushed as it occurred within a short space of time to allow the crew and cast members to return home safely. This resulted in a series of issues including; camera battery failure, improper green-screen capture, and VFX issues. The post-production process was plagued by continuous computer malfunction issues which were difficult to deal with especially during the lockdown.

From its inception, this film has challenged me to my fullest potential and limits as if someone was continuously testing my faith again. There were numerous times that I wanted to give up but out of respect for my crew and cast members and all of their support, dedication, and hard work, I am submitting what I have. Though the film’s VFX shots, Sound and Sound effects in certain areas were incomplete, I believe that God has made a way for us to reach this point and he would guide us to have the final production piece finalized at another point in time.

This film is a reflection of the spiritual battle found in Ephesians 6:10 and the related verses. This film shows Paul, a soon to be father, with financial trouble, being tempted to choose the easy way out by taking that which does not belong to him. Paul’s temptation manifests in the form of an internal and mental struggle that begins to overpower him and he stands firmly in the armor of God as he battles evil. The bible says " The greatest battle is fought in the mind" and this is true.

The protagonist Paul is a flawed servant of God, attempting to fight off evil by holding firmly to his faith. This faith is the armor of God, spoken about in Ephesians 6:10-20. It is the choices that we make when tempted, rather than the temptation itself that defines who we are. This film illustrates the themes in Ephesians 6:10-20 interestingly and uniquely, allowing any viewer to easily relate to them.