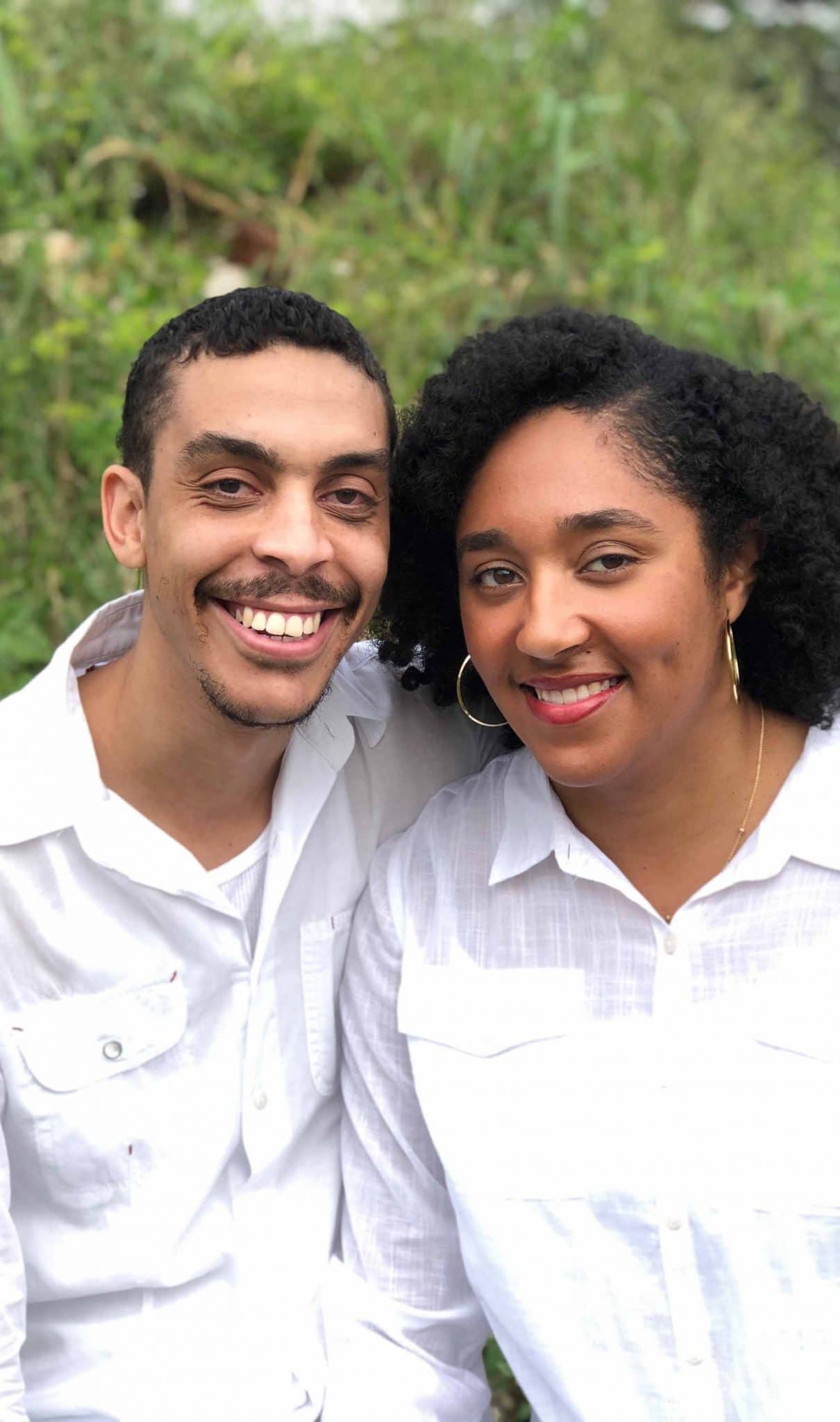 Christian Animator & Illustrator, Patrick Meikle, is currently employed at ListenMi Ltd. an animation and design studio located in Kingston, Jamaica. In addition to his work at the studio, Patrick also serves by providing passion-driven content through his personal business, HeartoonCartoon. With his jovial and effervescent personality, Patrick seeks to ensure that all his creative endeavours proclaim Jesus Christ and give glory to God.

Jade Carberry is a Christian environmental scientist and hobbyist artist inclined to watercolour painting. A lover of reggae music and nature’s complex beauty. She is often enamoured by the rich glories found in God's creation. Soft-spoken and tenderhearted, Jade strives to ensure that her efforts, creative or otherwise, serve her neighbours and are done to the glory of God. 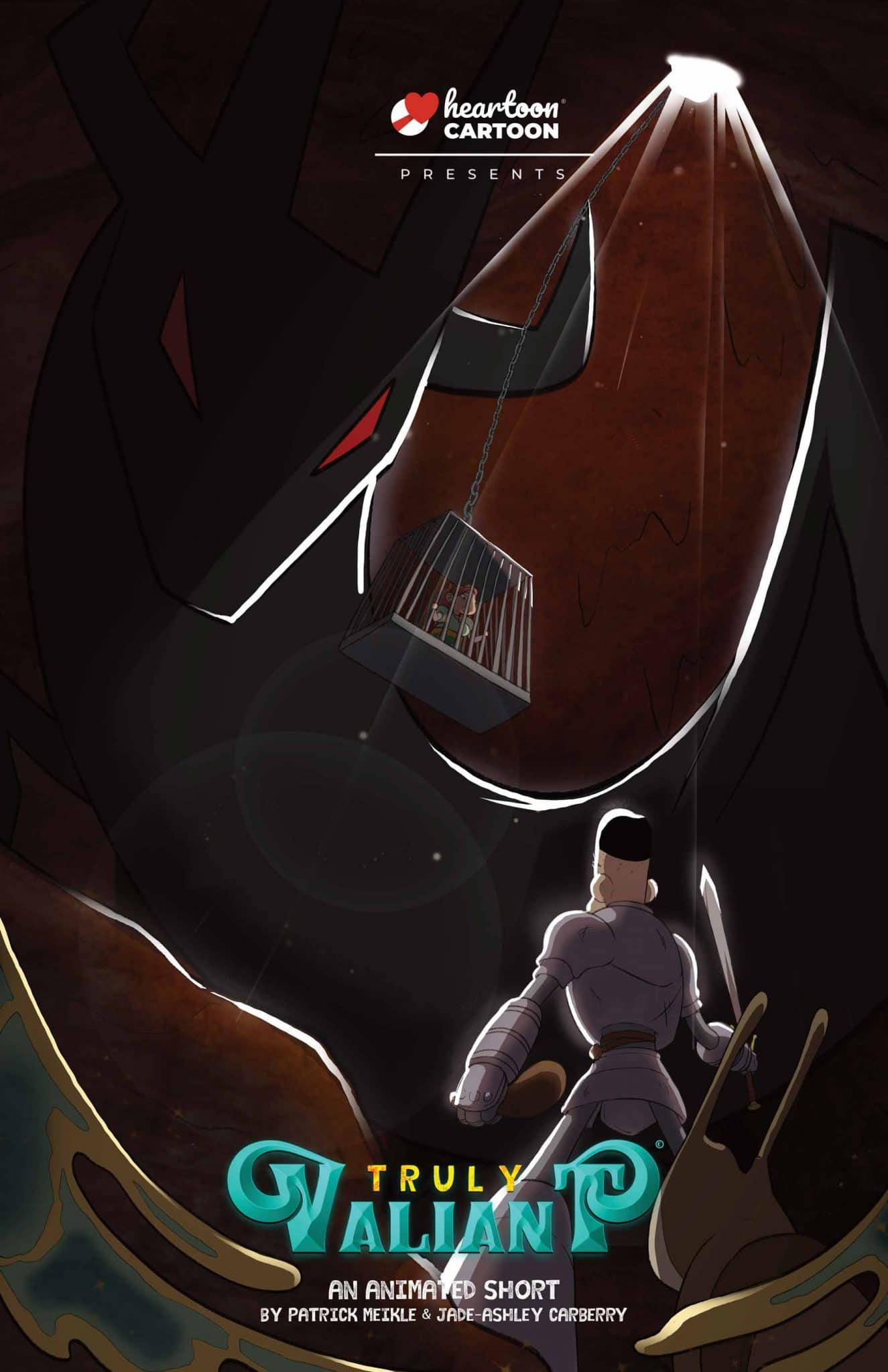 Patricius, a drunken knight, seeks to prove himself worthy by rescuing his beloved Princess Jadeite from the evil lair of Timore the Terrible Dragon. Patricius quickly realises that his alcohol, his trusty steed, Donkinius and even his weapons are all futile in disarming and defeating his enemy.

Truly Valiant is a brief allegory of the spiritual transformation experienced by believers through the Holy Spirit, as we exercise faith and obedience. More specifically, the storyline illustrates the divine power that is inherent in and available to every person who is in relationship with God through Christ.

The animated short was created using a mixture of traditional and digital methods, over the course of one year. All backgrounds used within the film were hand painted with watercolour paint on 5x7 inch paper. Each painting was then scanned, edited and composited for each scene. The animation was executed digitally, using TVPaint Animation software and composited using Apple Motion 5.

Truly Valiant personifies the concept of spiritual warfare as described by the Apostle Paul in Ephesians 6:10-20. In the film, protagonist Patricius, with his tattered and dull armor, aims to take a stand against “the powers of this dark world”, which are manifested in his enemy, Timore the Terrible Dragon. Similarly, in Ephesians 6:10-12, Paul urges believers to stand ground against Satan - the strategic enemy who lives to stir deception and division while thwarting us from the destiny that God has assigned.

In order to defeat The Enemy however, Paul calls believers to put down futile weapons and instead “Be strong in the Lord and in his mighty power” (Ephesians 6:10). Mid-battle, when Patricius is at his wits end, he realises that he cannot be saved by his own efforts. Humanity’s need for a saviour is emphasized as Patricius seeks help from the alcohol in his gourd. Upon realizing that his own attempts are fruitless in battle, The Antidote appears and fulfils this need completely, by providing true salvation. The Antidote therefore represents God, who intervened for a lost humanity by providing a Savior through Jesus Christ.

When Patricius drinks of The Antidote, his tattered spirit and wardrobe are traded for courage and polished armor, equipped for triumph.This supernatural transformation is also assured because of the new life believers received when we’re born again (John 3:5-8, 1 Peter 1:3, 2 Corinthians 5:17, Romans 8:9). Outfitted with the belt of truth, breastplate of righteousness, the peace that comes from the Good News as shoes, the helmet of salvation, and shield of faith, Patricius is literally able to “extinguish the flaming arrows of the evil one”. Finally, in one swift blow with the sword of the Spirit, which is the Word of God, Timore the Terrible Dragon is defeated once and for all.

In Ephesians 6, Paul highlights that by the power of God's own spirit, the victory against the Enemy is already won. By putting on the full Armor of God, as Patricius did through The Antidote, we as believers have been given the power to claim that victory over our lives. Under the new covenant of Jesus Christ’s blood shed on Calvary, the Armor of God is given to us as a gift to stand firm against the schemes of the enemy. When we put down the powerless weapons created by our human rational or worldly resources and invite the Holy Spirit to dwell within us, as Patricius did with The Antidote, everything changes. By putting on the full armour of God, we as believers are able to live a truly valiant life, possessing a spirit of power, not fear (2 Timothy 1:7).