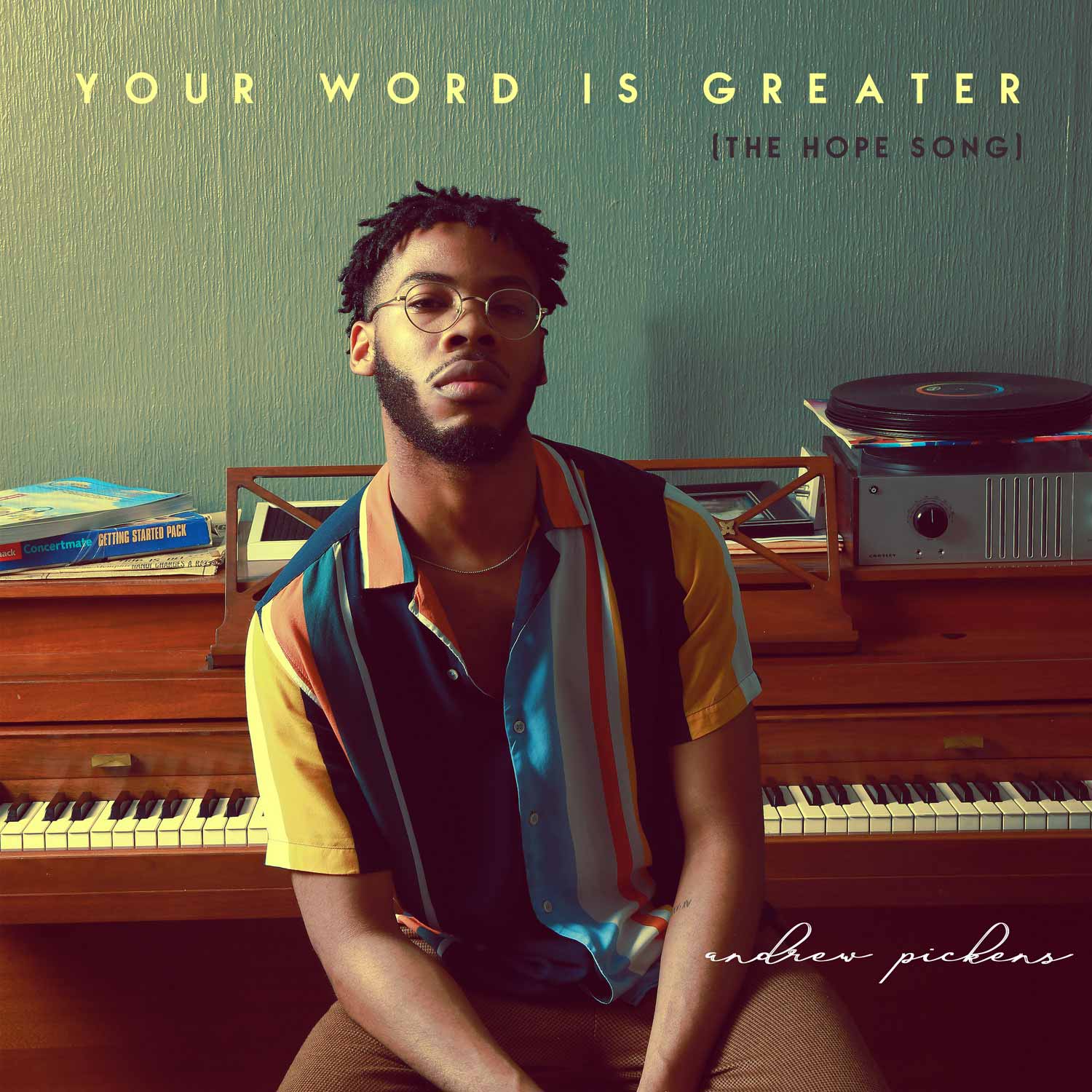 Andrew Pickens is from Kansas City, MO., Born on July 27, 1992 the son of Tony and Karen Pickens and Husband and Father of Telese & Nova Jade. Drew spent most of his childhood in church because of his parents loyalty to ministry. Church is where he learned how to sing and lead contemporary worship under the mentorship of his uncle, J. Cortez Vaughn.

Soon after, his passion for music grew further and Drew sought to learn how to play the piano! He was taught by (world renown stage-producer) Femi Sarah Heggie which also happens to be his Auntie. Under her mentorship she introduced him to the environment of Broadway where he discovered his love for Jazz, Funk and Pop which has inspired his sound .

He studied vocal music and piano at Paseo Academy of the Fine Arts, (Kansas City, MO).

Drew has composed jingles for commercials, written, composed and played the piano for many artists across the country and is now living out his dream as an Artist!

Chorus : When I cant see YOUR hand, I’ll trust YOU have a plan. Cause YOUR Word is greater, YOUR Word is stronger, YOU are God.

Your Word is Greater (The Hope Song)

This song was written to encourage people to speak the Word during the pandemic crisis.

The sword of the Spirit is the Word of God!

Gods Word remains forever. I wanted to encourage everyone to speak the Word over ever crisis in their life.

This single and plenty of others are on all digital outlets!