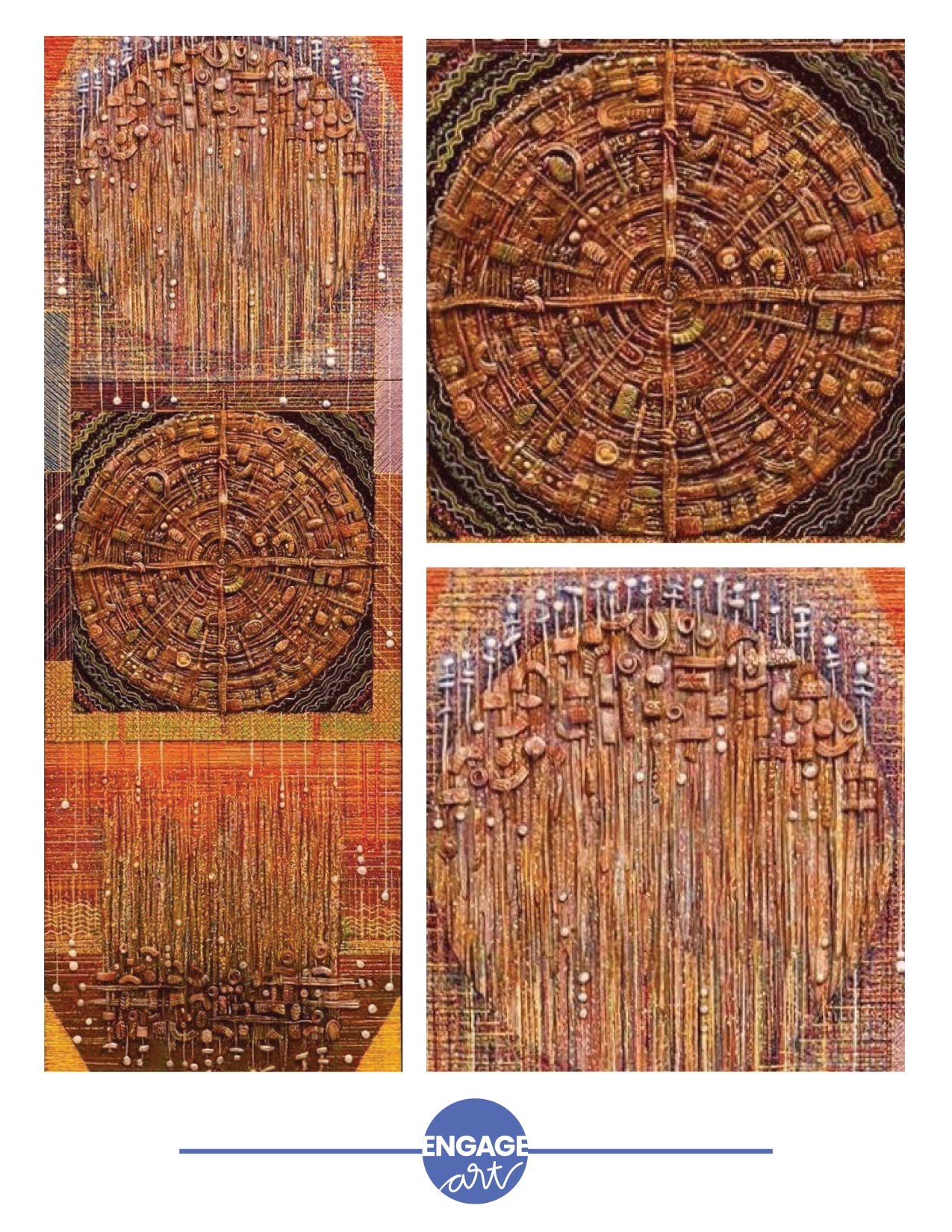 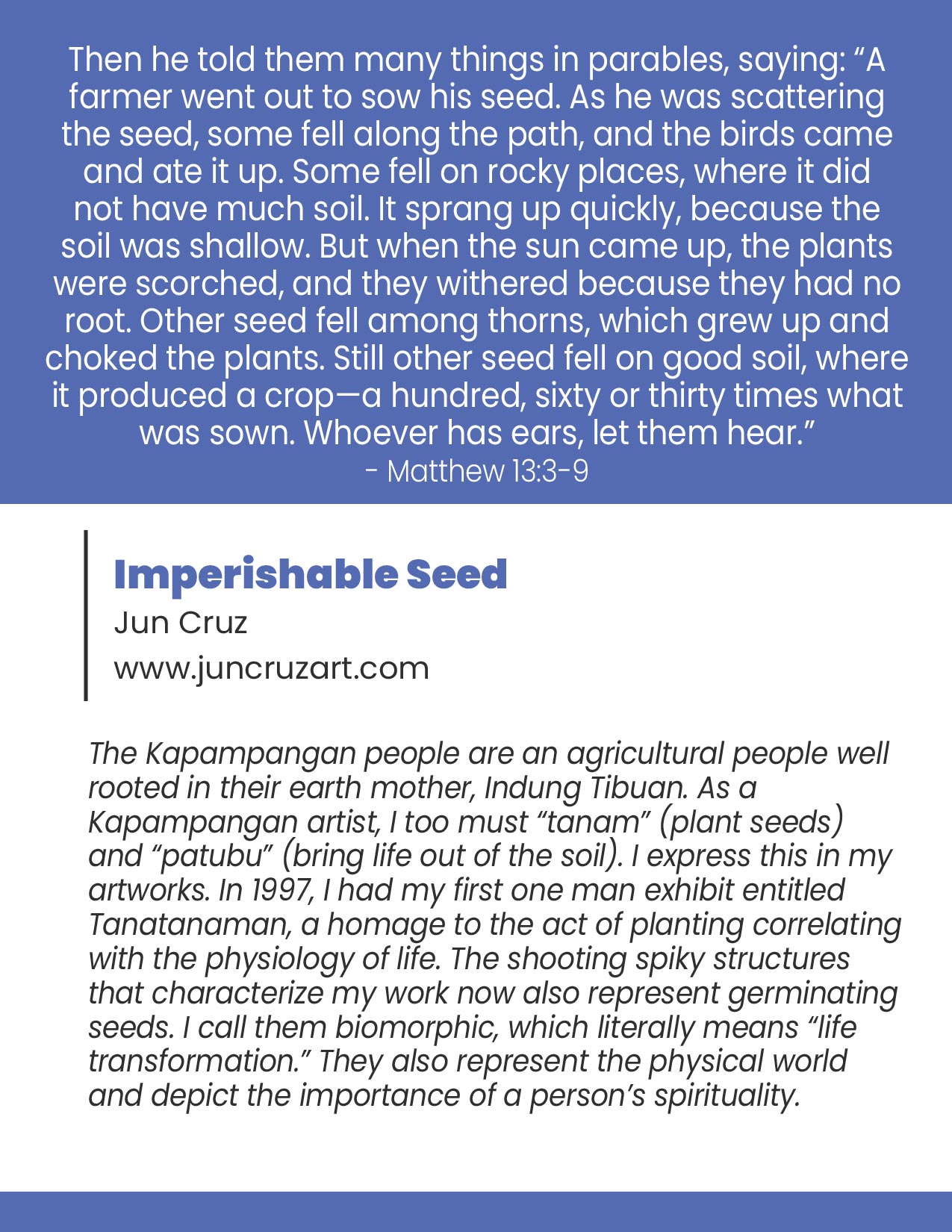 Born in Angeles City, Philippines and now a Philadelphia-based artist, Jun Gueco Cruz is a Kapampangan visual artist. His art training stems mostly from experiments, workshops, and mentoring from other veteran Kapampangan artists. He has received prestigious national and international awards and recognition in painting, sculpture, and mixed media, and exhibited his works at the Florence Biennale 2017, Italy; Artbox project New York, 2018 and will be holding a solo show in January 2020 at Connie Eastburn Gallery, Cairn University, Langhorne PA.  Cruz never forgets his strong indigenous Kapampangan identity in his creations. The Kapampangan people are an agricultural people well rooted in their earth mother, Indung Tibuan. As a Kapampangan artist, therefore, he too must “tanam” (plant seeds) and “patubu” (bring life out of the soil). This he expresses well in his artworks.   In 1997, Cruz had his first one-man exhibit entitled Tanatanaman, a homage to the act of planting correlating with the physiology of life. The shooting spiky structures that characterized his works now also represent germinating seeds calling it biomorphic which literally means ‘life transformation’ also represents the physical world and depicts the importance of a person’s spirituality. His 2017 Imperishable Seed series clearly reflect this.

« STATION 1: Jesus in the Garden of Gethsemane
Tree of Life Series: It’s Complicated »
SUBMIT YOUR ARTWORK