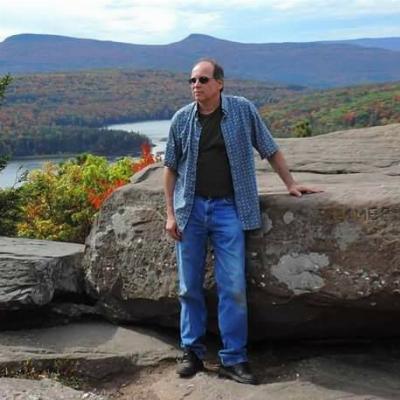 Barry DeBaun was born 1956 in Brooklyn, NY, raised in Long Island untill ten and then moved to the Catskills where he still resides. With the beauty of the mountains surrounding him and his early exposure to the ocean, we are not surprised to find his inspiration comes from his love of nature. Poetic landscapes, sensitive figures, realistically rendered still life and moody seascapes, place him as a true American Romanticist.

Working in watercolor his entire career and oils in more recent years, his work is reminiscent of 19th century painting. Influenced by the Hudson River School, the Pre-Raphaelite's and the American Impressionists. As with Thomas Cole in the mid-1800's, Mr DeBaun is continuing the legacy of traditional painting in the Catskills and beyond.

Selected in Art Impact USA's Best of the Best Exhibition,

Mr DeBaun is listed in Who's Who in America.

His work may be found in private collections throughout the United States, Germany, England, Switzerland, Thailand and the Dominican Republic.

During his career Barry has exhibited in many important galleries throughout the east and museums, including:

The Albany Institute of History and Art, Albany NY

And a special invitational show at the Senate House Rotunda in Washington DC in 2001.

Barry has served on the board of directors of the: