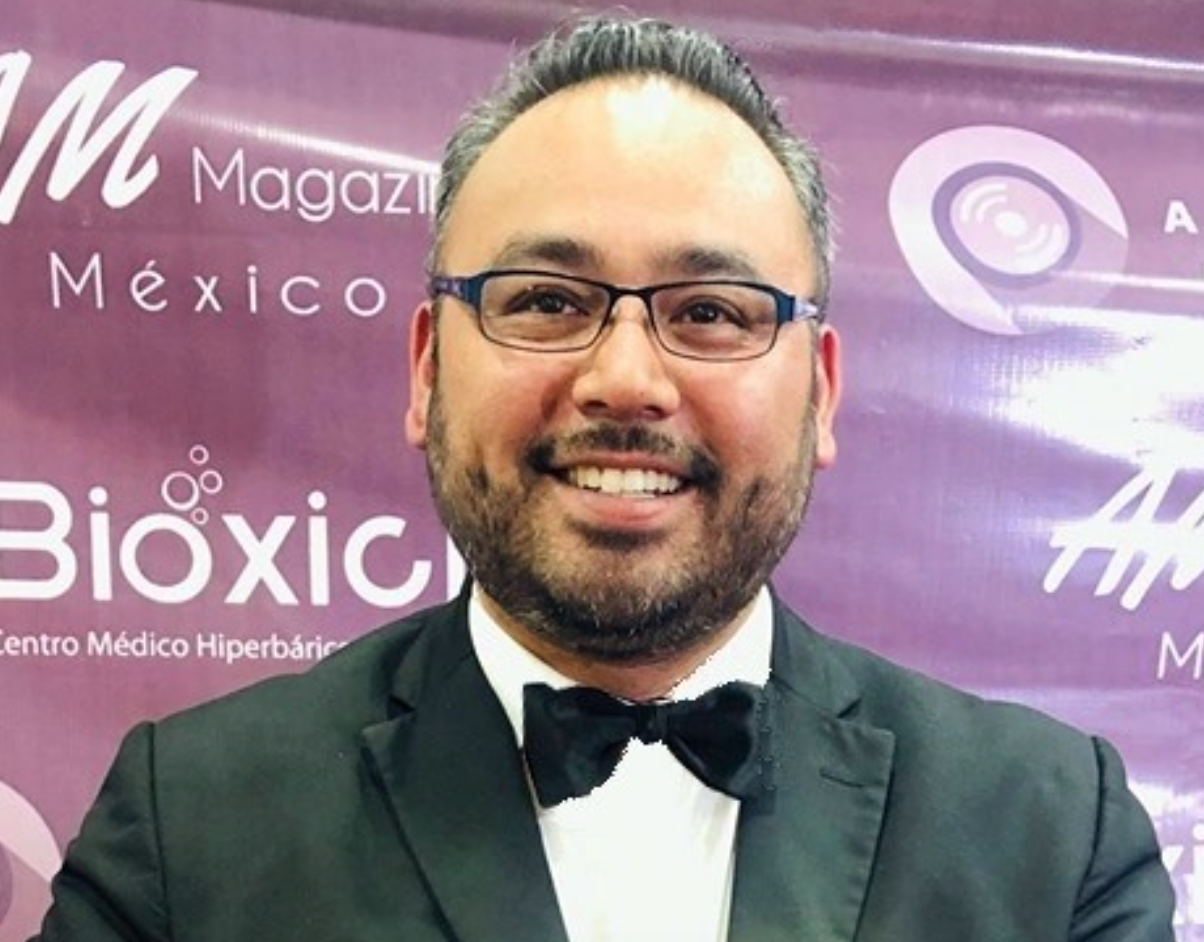 Doctor Honoris Causa, Bachelor of Design and Audiovisual Arts from CCSA Santa Ana, California. His pictorial work has been exhibited in galleries of Mexico, E.U.A. Europe, the Middle East and South America. His work is permanently exhibited in Museums of the United States, Spain, Guatemala and Mexico. Creator of the Brotherhood Mural on the USA / MX border wall. Aspiring the Guinness World Records Book for the largest mural in the world in 2018.

Maestro Chiu is the founder and director of the National Foundation of Independent Artists (NFIA), which was created in 2005, now consists of 67 artists of international stature, with an artistic career, as well as emerging, who each year and share their art , with the work and objective of promoting the arts.

“Art is an opportunity to say things that transcend”, Enrique Chiu.
Recognized as a figure of the arts in the Latin environment, Enrique Chiu is considered one of the outstanding young artists not only in the border area, but internationally, is one of the main promoters of artistic development in communities in southern California, USA and some international locations such as Argentina, Mexico, El Salvador, Peru, Spain and the Middle East. Enrique Chiu has achieved distinguished international recognition during his great career, from the Honorable mention The Global Arts Award 2018, in Dubai, UAE, Representative of Mexico at the Mexican Embassy in Paris, France in 2014, Preselected Artist for the IV International Biennial of Florence, Italy in 2013, Artist selected by the Federal Tourism Secretariat, for the International Festival of Art and Technology in Shanghai, China in 2013, Guest Artist at the Ocher and Gold Association in Spain in 2010, and its national awards, ¨Mexico Award en tu Manos¨ CDMX Chamber of Deputies in 2018, National Selected Artist as “Mexican Pride” National Representative by the Ministry of Tourism in 2013, Guest Artist by the Government of the State of Baja California. Innovative Tijuana Representing Art and culture before C. Felipe Calderón, the President of the Republic, in 2012, Guest Artist by the Government of the State of Guanajuato Mexico. Government Report in 2012, among other awards and honorable mentions.

It would not have been all this possible without the great Academic training that the teacher Enrique Chiu acquired over the years, starting with the Elementary School of Graphic Arts in Guadalajara, Jalisco, CSULB University of Long Beach where he obtained his degree in Marketing, graduate of the Bachelor of Design and Visual Arts from CCSA Santa Ana, California, Diploma in Appreciation of the Arts in Conaculta, Course of Development of studies and didactics of the Arts, Public Policies and Cultural policies, of Conaculta, National Course of Professionalization of Museums of the National Institute of Fine Arts and the National Institute of Anthropology and History, Course of Educational Communication of Museums of the National Institute of Fine Arts. -Course of Body Paint and special FX with Limary Millot of SCI effects and FX USA, Seminar on Marketing and Artistic Promotion of Conaculta, Diploma in Art teaching by the UPN, Diploma in Arts Pedagogy by Arts Magisterium and Conaculta. This training has helped him carry out large and distinguished activities, he is currently coordinator of Museography and Curatorship, Museo Casa de León Trotsky in CDMX and Director of Casa del Túnel Art Center in Tijuana, and was Secretary of the Foundation for Women in Equity AC in Guadalajara, Jalisco, Art Director of C1D Gallery in the Art District of Long Beach, California, United States, Director of CITIES MAGAZINE.ORG Magazine in USA - Mexico during 2004 to 2013, Head of Linking of CSOs Directorate of Social Development Municipal Tijuana from 2013 to 2015, Coordinator of Galleries IMAC (Municipal Institute of Art and Culture of Tijuana) for one year.