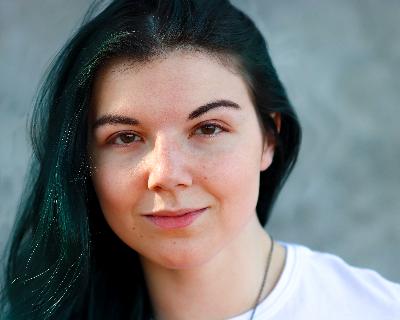 Michelle Iannantuono is a full time filmmaker, soon-to-be published author, and the co-runner of the AtomaCon 3-day media convention. Her debut fiction trilogy, starting with PARADISA, is coming soon from Falstaff Books. She has written and directed three short films and one feature – DEVIL’S ADVOCATE, OHM, PSYCHOACOUSTICS, and LIVESCREAM. Her work leans in the science fiction and horror directions, because before switching careers to follow her passion, she was an industrial chemist (which is equal parts scientific and horrifying).

Michelle Iannantuono is a full time director and writer based in Charleston, South Carolina. She has written and directed three short films – DEVIL’S ADVOCATE, OHM, and PSYCHOACOUSTICS - and the multi award-winning feature film LIVESCREAM. She operates a corporate video production company called Aether Motion, as well as her film production and media company Octopunk Media. She is available for hire at michelle@aethermotion.com.