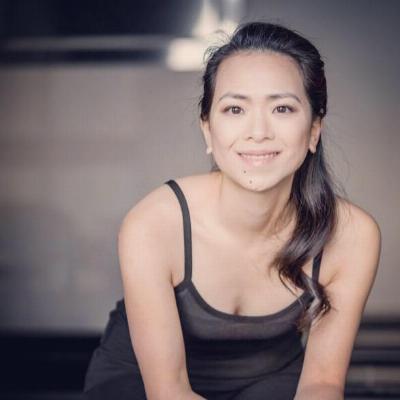 Born and raised in Los Angeles, CA, the artist is self taught and works mainly with acrylic paint. As a young child she loved spending her time drawing or coloring, but was not encouraged by her parents to pursue art. In High school she was accepted to the Ryman scholarship art program. After attending two sessions her mother discouraged her from continuing the program, so she stopped going. She soon entered college and forgot about art. In her early thirties after a heartbreak, she went into therapy for 6 months. During those 6 months, her therapist suggested drawing as a means of art therapy. Soon after, she ended her therapy and moved to New York City. It was there she was reacquainted with her artistic side. By suggestion of a friend, she took classes at The Art Students League of New York for several months. A part of her that she had forgotten was awoken during those classes. A creative force came naturally as she began draw and paint. She eventually moved back to California and continued painting by herself. She paints from intuition that is inspired by her physical surroundings, the music she listens to, and the emotions that are evoked. The paintings are spontaneous, subconscious, and spiritual. It is a time that she can connect with her emotions and express them without inhibitions. The artist tries not to control the outcome, leaving the result authentic to where she is at. During her journey she was saved and came to know Christ. Her artwork naturally became her testimony. Her artwork before Christ was filled with lust, cigarettes, and darkness. After she got saved her paintings became more peaceful, filled with light and the Holy Spirit. It has been an interesting journey that has been documented through her artwork. She hopes that her artwork can inspire believers and possibly spark interest in non believers.

Stand strong in the Lord