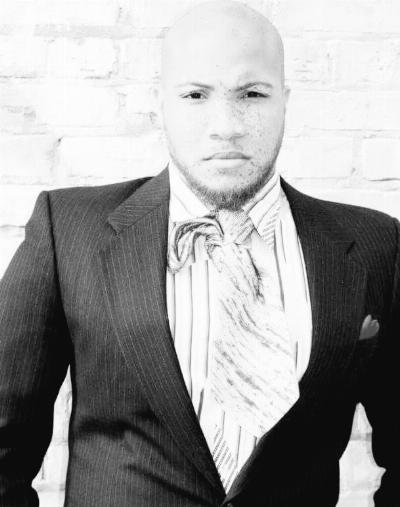 Tyrone Tappler Productions birthed from Chicago Illinois. Tyrone L. Tappler Productions was launched in the year of 2003. It began with the first stage production entitled, “Help Lord, I’m Under Attack!” Tyrone was born and raised in Chicago IL He is a Licensed Minister, Actor, Director, Producer, Visionary, Motivational Speaker, and Poet. Tyrone Tappler believes in reaching people in an unconventional way.

Tappler’s struggles and pain caused him to go forward into his dream. He is assigned to “Rescue the Lost and Cultivate People” To build and encourage people who have been knocked down, discouraged, lost, and sick. God has prepared him to impact and make a difference in theater and film.

Tyrone had a total of 20 jobs to help him get where he is today. Tyrone endured the pain of failed promises and betrayal. He managed to move forward with his dream regardless what he didn’t have; he saw beyond his problems.

Tappler is presently extending from stage to film. God has given him the infinite wisdom to start a Real Life Mini Series. “DECISIONS.” This miniseries aired on Chicago’s CANTV36. DECISIONS premiered March 6th 2010; the show ran for a total of 16 weeks every Saturday 8pm; the new seasons are underway.

June 29th 2012 Tappler made a high mark in theatre after producing a power pact play titled; "After All The Hell I Been Through!" at the Du Sable Musuem of African American History, there were no seats remaining! Tappler is now working on his next three real life stage plays "I DIDN'T DIE" "DA SAINTS THAT AINT!" and DECISIONS “The Stage Play”

Tappler started LeRoyalty Films, a film company that will "change the face of media" starting with Decisions the series, and I Didnt Die, indie film. He is taking production to another level. He is currently on tour with three 30 minute one act plays, "Behind Her Closed Doors" "The Runaway Bride and "Behind His Closed Doors." Tappler writing style is breaking barriers with in Christian Media and Secular Media.

Tappler quoted "I yielded to the voice of God, when he told me to write, my first inspirational stage play "Help Lord, I'm Under Attack!" which depicts the life of Sandra and how she battles with the consequences of her wrong decisions. It's amazing how Sandra's life rapidly falls down hill...but its mind blowing to see her end results! That's my purpose, to bring more positive messages across today’s stages and televisions. Bringing real life, real issues, real challenges, real emotions, and real decisions on THE STAGES!"
"I write to see redemption in people lives"....
"It's not about the show,
it's about the message"...
"I believe in bringing real life action and stories on the stages, I want my audience to leave with a memorable experience"......

Chantelly Johnson (Survivor) A registered nurse born and raised in Chicago, Chantelly Johnson is also an award-winning actress for her role in the hilarious social media comedy, Miss Represent. She has made appearances in the comedy sketch: Choke On That the Series Season 2 and a riotous pilot, Step Dads with Jay Davis Films/Diesel World Productions. She is currently in filming with a web series drama: IN & Out through Red Row Productions. Additionally, she is working on a suspenseful episodic: New Ties, on Killin The Arts Tv.

Keith Perry (Demon) Mr Perry can be seen on empire,Chicago pd, Chicago Med and many independent films. He is strong in his faith. He believe in reaching lives through film

Dr. Frye (Counselor) This is his first thriller film. He is called to produced different genes of music and film. He is on a new journey in film production.

Anthony Miller (Hanger) His real life story can relate to darkness, but he is not ashamed to tell his story through the arts. Skotia is his first film. You will see more of Anthony in Tyrone' Tappler Productions films.