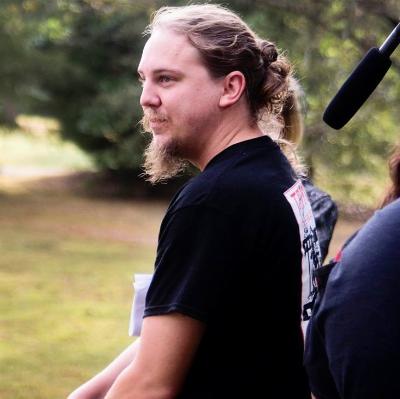 I am a filmmaker from Charlotte, North Carolina. I've been making films for about six years and have a bachelor of arts degree in filmmaking from The Art Institute of Charlotte. I work in all areas of production and have worked on numerous shorts and two features.

Andrew Huggins - Andrew is a filmmaker from Charlotte, North Carolina. He's been making films for about six years and is always learning and growing in regards to the craft. He graduated from The Art Institute of Charlotte in 2013.

Karen Abercrombie - Karen has been acting since the nineties and has appeared in dozens of films and television projects. She consistently honors the Lord with her characters and is currently in production on a feature that she wrote, stars in, and is directing called Just Grace.

Kiefer Andrew - Kiefer graduated from The Art Institute of Charlotte in 2014 and is constantly working on film and video projects around the country. Armor is the last project he worked on before moving to Los Angeles.

Justin Stewart - Justin has worked in the film industry for two years and has quickly built a strong resume of narrative and freelance film projects. Deemed the Swiss Army Knife of crew members, he specializes in just about every department on set.