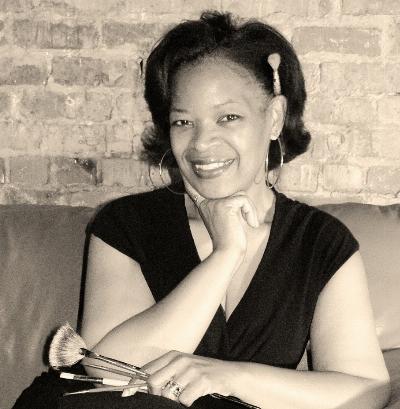 Chicago based self-taught painter, metalpoint visual artist, and author, D.Lammie-Hanson, is known for dedicating her series of works to emphasizing the psyche of the individual soul. Her subjects invoke a yearning to communicate their personal story through their physical features in many exhibits around the world.

Born and raised in Harlem, uptown New York City. She attended Hudson Valley Community College and SUNY Albany for Psychology. But it wasn't until she graduated that she truly began her exploration of visual art when she moved back to NYC where she began to create and show at various alternative venues. Living in the Fort Greene/Clinton Hill neighborhoods of Brooklyn helped her paintings and her singer-songwriter skills flourished. Her years in New Orleans helped her concentrate on a new medium of large metalpoint portraits in precious metals. She is one of a few women of color in the world who create metalpoint.

She has exhibited with the United Nations, Geneva’s Palais des Nations in Switzerland in support of their efforts to address global homelessness as well as having solo shows in NYC, Berlin, Germany, Atlanta GA, and New Orleans, LA. Lammie-Hanson was the artist of the year for Brooklyn Academy of Music's, BAM DanceAfrica 2007 in Brooklyn, NY and has shown with the NYC Health and Hospitals permanent art collection. Lammie-Hanson is a co-founder of the non-profit community artists’ organization, South of the Navy Yard Artists, Inc. which is based in Brooklyn, NY.

In addition, Lammie-Hanson has exhibited with (2017-2019), SCOPE Miami - Sapphire Artisans Series in Miami, FL during Art Basel week, Gallery Guichard in the Bronzeville neighborhood in Chicago, GW Carver Museum in Dothan, AL and the Wiregrass Museum of Art in Wiregrass, AL.

​She attended the artist residencies, Mas Els Igols, in Barcelona Spain, 2017 in a self-guided program to teach herself the 15th-century technique of Silverpoint and implement building the portfolio at the Arts Council of New Orleans program, Salon Artist-in-Residence Vol.2 program at Canal Place in New Orleans in 2019. She created the silverpoint series "Dared To Be... A Silverpoint Soulful Experience" celebrating the silver anniversary of Essence Fest. In addition to her residency with the Arts Council, Lammie contributed the light and shadow animations that were the mapping projections of 4 sculptures at the Luna Fete, a New Orleans festival of lights. Lammie now resides in Chicago, IL with her husband, Samir.