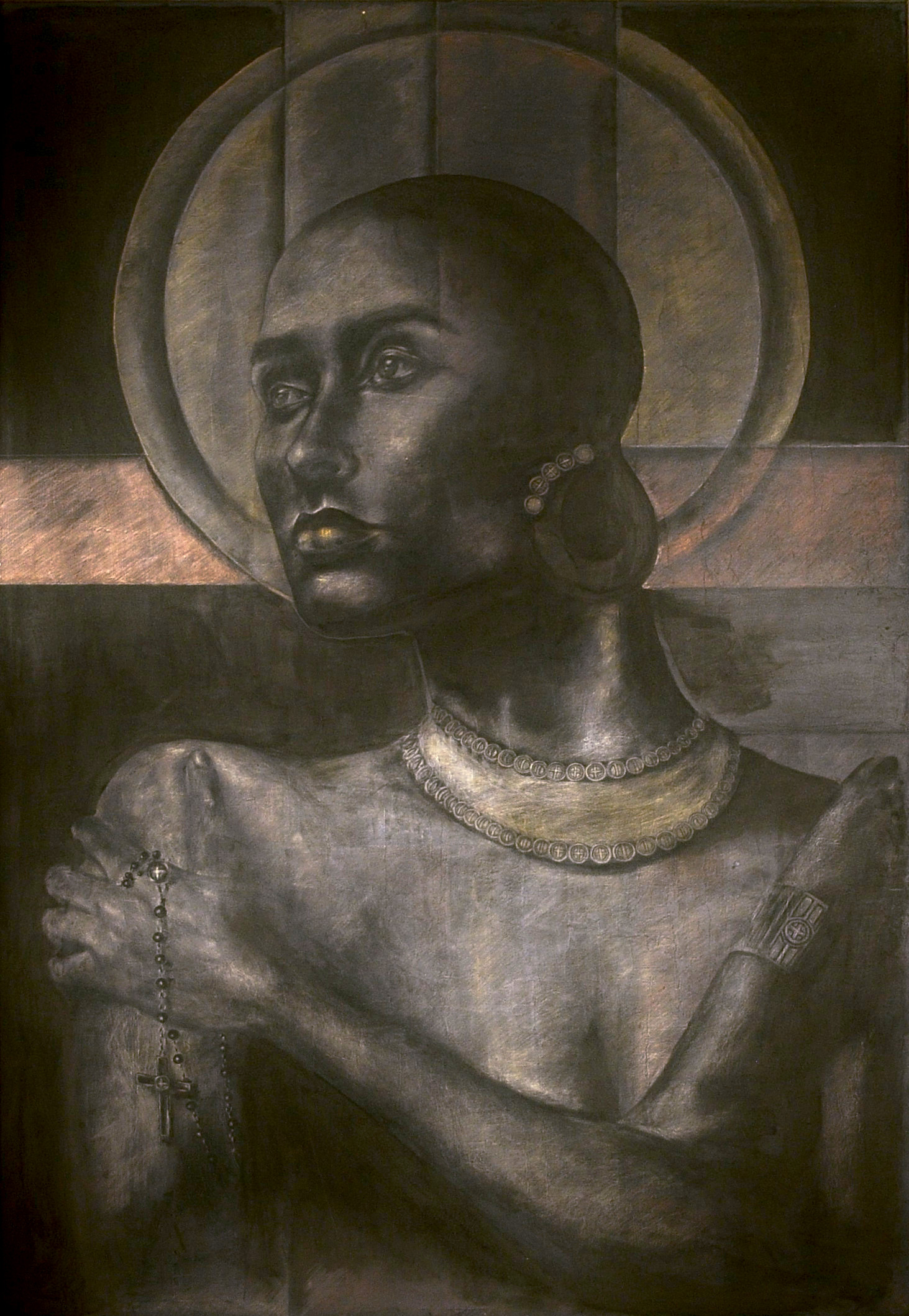 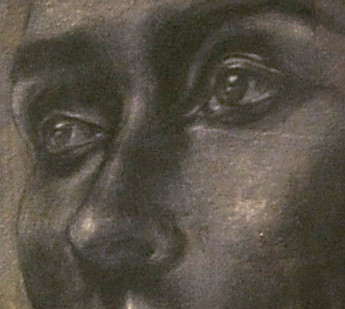 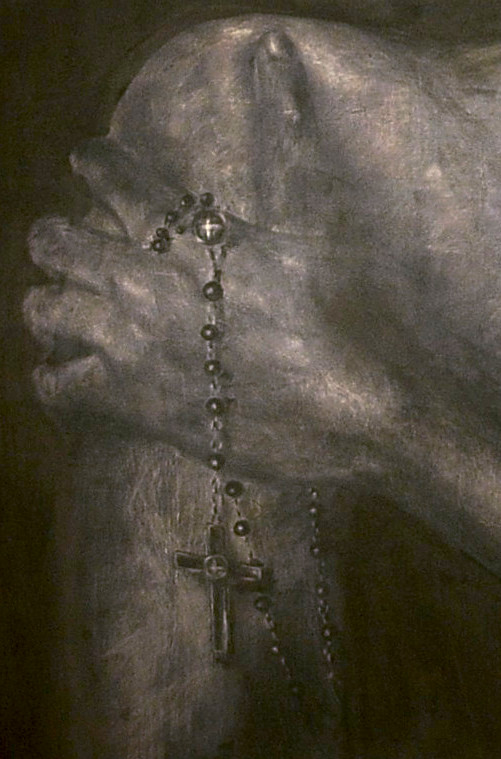 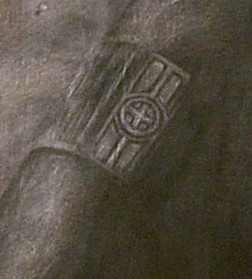 Chicago based self-taught painter, metalpoint visual artist, and author, D.Lammie-Hanson, is known for dedicating her series of works to emphasizing the psyche of the individual soul. Her subjects invoke a yearning to communicate their personal story through their physical features in many exhibits around the world. Born and raised in Harlem, uptown New York City. She attended Hudson Valley Community College and SUNY Albany for Psychology. But it wasn't until she graduated that she truly began her exploration of visual art when she moved back to NYC where she began to create and show at various alternative venues. Living in the Fort Greene/Clinton Hill neighborhoods of Brooklyn helped her paintings and her singer-songwriter skills flourished. Her years in New Orleans helped her concentrate on a new medium of large metalpoint portraits in precious metals. She is one of a few women of color in the world who create metalpoint. She has exhibited with the United Nations, Geneva’s Palais des Nations in Switzerland in support of their efforts to address global homelessness as well as having solo shows in NYC, Berlin, Germany, Atlanta GA, and New Orleans, LA. Lammie-Hanson was the artist of the year for Brooklyn Academy of Music's, BAM DanceAfrica 2007 in Brooklyn, NY and has shown with the NYC Health and Hospitals permanent art collection. Lammie-Hanson is a co-founder of the non-profit community artists’ organization, South of the Navy Yard Artists, Inc. which is based in Brooklyn, NY. In New Orleans, Lammie-Hanson has shown with the LeMieux Galleries, Jazz and Heritage Foundation Gallery with the Women's Caucus of Arts (Louisiana Chapter) 'Femme Fest' and with the exhibit, "Ground Zero: Welcome to the AfroFuture" at the New Orleans African American Museum. She has also exhibited at the Contemporary Arts Center (in New Orleans), the Arts Council of New Orleans, Ashe Cultural Arts Center, the George and Leah McKenna Museum of African American Art, (2017) Ogden Museum of Southern Art, (2017) Bombay Sapphire Artisans Series in New Orleans Regional Winner, (2019) Salon Gallery, Canal Place, New Orleans. In addition, Lammie-Hanson has exhibited with (2017-2019), SCOPE Miami - Sapphire Artisans Series in Miami, FL during Art Basel week, Gallery Guichard in the Bronzeville neighborhood in Chicago, GW Carver Museum in Dothan, AL and the Wiregrass Museum of Art in Wiregrass, AL. ​She attended the artist residencies, Mas Els Igols, in Barcelona Spain, 2017 in a self-guided program to teach herself the 15th-century technique of Silverpoint and implement building the portfolio at the Arts Council of New Orleans program, Salon Artist-in-Residence Vol.2 program at Canal Place in New Orleans in 2019. She created the silverpoint series "Dared To Be... A Silverpoint Soulful Experience" celebrating the silver anniversary of Essence Fest. In addition to her residency with the Arts Council, Lammie contributed the light and shadow animations that were the mapping projections of 4 sculptures at the Luna Fete, a New Orleans festival of lights. Lammie now resides in Chicago, IL with her husband, Samir.

Faith Adorned, Is part of the Barna Black Series inspired by the Black Madonna of Montserrat. Most Christians wear their faith in many forms. The most common is jewelry. The subject is wearing her faith as an armor of protection as well as a form of her unwavering belief in Jesus Christ.

This particular work not only depicts the jewelry that we wear but it is also drawn in precious metals against a prepared matte black surface of plexiglass. The metals include 24k Gold, Silver, Brass and Copper. The metals represent how precious and dear our faith means to our salvation.

This technique dates back to the Renaissance Period and the 15th century.

I have the firm belief that your faith in the Lord is your true “Armor of God”. In my metalpoint drawing, “Faith Adorned” the subject is a woman who wears the symbols of the trinity and the cross like badges of honor and faith. Her faith is so strong that she does not acknowledge the defeat but only focuses on perseverance through tough times.
I would also like to point out that the earring has the three crosses for the Trinity etched into it so that she can receive the Holy Spirit’s guidance through the tunnel of darkness. The choker/necklace has two sets of the Trinity. The top represents positive words that spill from her lips and the lower part represents protection about negativity going into the body.
The rosary, although a Catholic of faith, is held in her left hand and pressed against her right arm as a pledge of devotion in prayer. It symbolizes the diligence of the subject’s course of strong faith.
The bracelet, which has one cross engraved in it, represents the infinite cycle of the relationship the subject has with the Lord.
But what fortifies the Armor of God is the look of undying love, faith, and fearlessness in the subject’s eyes that seals the journey of a fighter. She knows God is her army and she will not lose the fight against the darkness.

It is an original.

Shoes of Peace: A Divine Partnership

Standing on the Promises

Horseman of Lord over Evil