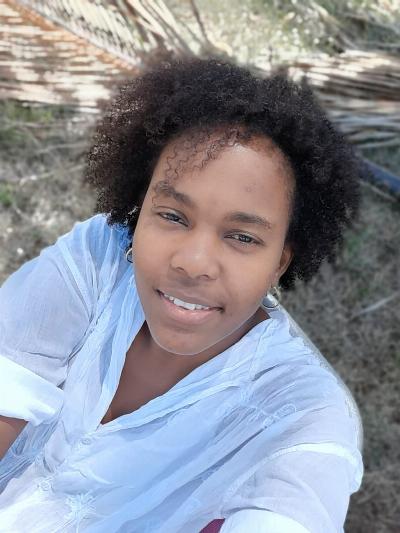 Danniella O'Neal is a 25-year-old Creative Visionary from Barbados. She has earned an Associates degree in Visual Arts from the Barbados Community College & a BFA in Creative Art with a major in Film From the University of the West Indies Cave Hill Campus. Her works often originate from a personal place and seek to be an authentic voice within the Kingdom of God.

Jevan Howard, is 23 years of age and currently resides in the small Caribbean nation of Barbados. He has a degree in Geoscience and is currently working as Geographical Information Systems Assistant at the Caribbean Institute of Meteorology and Hydrology.
Jevan has known about Christ practically his entire life, growing up in a Christian home where the gospel of the new testament and the miraculous stories of the Old had been told to him from as early as he can remember. It was a mainstay in the home to pray about every situation, something that he held onto and carried into his adult life. Jesus has always been apart of him. It was at the age of 20 that Jevan made a truly conscious decision to allow Jesus to be his personal Lord and Saviour, and boldly says it has been the best decision of his life.

Alison Phillips is an aspiring storyteller with a desire to tell stories in the fields of creative writing, film and visual art. She is the 2011 recipient of the Irving Bergie award and holds various creative prose awards for NIFCA including her first screenplay "Where the Wires Meet" (2015). In 2014 she enrolled in The Errol Barrow Centre for Creative Imagination to further her creative field and explore the art of filmmaking, producing short films such as "Where the Wires Meet", a short exploring loneliness and mistrust and "The Clouds Reflection" an experimental short focusing on mental illness and its' victims. The film "Purple Thunder Storms", a young woman's journey of self-love is her first publicly screened short.
"You're only given a little spark of madness, you mustn't lose it" -Robin Williams

Danielle Jones is a 25-year-old Barbadian girl based in Madrid, Spain. She holds a Bachelors degree in the Dramatic Arts and is passionate about relationships, travel and the gospel.