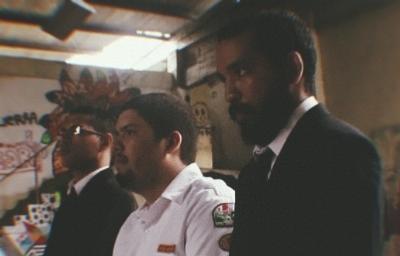 I'm From Panamá, I'm the Creator and Founder of "Los Vagos Entertainment" a YouTube channel made to upload our Latest Video Proyects, I'm a university student of Audiovisual Technology and Social Communication.

I Really want to grow as a video director because I think I can make a good difference making videos and show people all my potential on video making, and also to help people to understand more about the world of cinematography and Visual Arts in General, Im a big fan of Movies.

I consider myself a really spiritual person and I want to make a change in the way people think and sees life all with the power of the visual arts, I want to inspire people and be inspired by people who appreciate filming as a really important art. i'm very excited with this contest and I really hope people could see our work and our talent.

-Jeremy Concepción: (21 Years Old) From Panamá
Second Hand of the Project, a Special member of the crew, He usually Appears in every video we do in our YouTube Channel as an actor.
one close friend of mine and i trust him with this project because he has same goals as me.

-Eduardo Castillo: (24 Years Old) From Panamá
A very important member of the crew Too, his role in the team as an actor is real important, because he appears in a lot of videos Too in our channel.
he has a disability but that doesn't stop him to achieve his goals as an actor.

-Arlenee May: (20 years Old) From Panamá
She is the Main Character in the video, Good Actress, I Choose her because is the Most Spiritual Girl I Know, none else than she deserve the role of the main character. We have done others videos but she doesn't like acting so much, this time i had to beg for his appearance and she finally accepted

(All the Team members Agreed on the Conditions of the Contest)