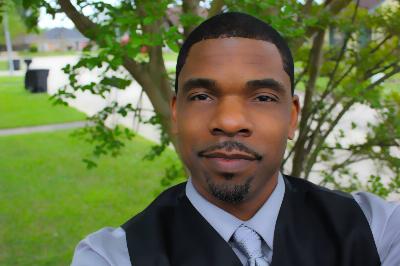 Kory Holmes is a veteran public school educator who is certified in the areas of math, science, agriculture, and social studies ranging from 2nd grade to college-prep courses for the past 22 years. As an educator, Kory Holmes sponsored a video production club for students to inspire creativity and broadcast journalism training. This novice attempt led Kory to explore the world of video production outside of the classroom for the next nine years where he learned the art of editing, cinematography, sound, lighting, script-writing, and so much more.
He currently operates the 30 foot jib for Healing Place Church and assists in producing a TV show for the East Baton Rouge Parish Fine Arts department. Kory also has experience working with Cox Communications where he operated the field camera for high school Friday night games of the week; special events segments for local television; as well as LSU’s football and basketball radio shows every Monday, Tuesday, and Wednesday (Les Miles Show, Ed Orgeron, Johnny Jones, and Coach Fargas).
In addition, Kory produces and directs talk shows, commercials, short films, music videos, wedding cinematography, and live events. He has had the privilege of working with R&B singers “Tank”, Tyrese, Jodeci, RL, David St. Romain, Star Murphy, Le'Moine Live, Muhammad Ayers reality TV star Mamma Dee, world renowned boxer Floyd Mayweather, and Comedian Melanie Comarcho. He has engineered and worked with tools such as the camera stabilizer, crane operation, ‘Crane lifter' rotating base crane, and graphic/motion design software created by Adobe such as After Effects, Illustrator, Photoshop, Premiere CS7, etc.
His long term goal is to direct a feature film one day and produce a Christian episodic series that inspires people to open their hearts to God.

Ashley Touchet is a Actress from Lafayette Louisiana. Her background includes theater and background work. When Ashley was young she was constantly escaping into dress up games and make believe. She always thought it would be amazing if such a job existed one day after buying a DVD she found the behind the scenes option and saw how a movie was made and that was it for her! A choice was made from a young age! Her goal is to make a living doing what she loves and diving into different characters and worlds. When not pursuing acting Ashley is self publishing books writing music or working on her food blog You might even run into her at the local hospital where she works as a Cardiac Telemetry tech. Ashley is big into volunteer work mainly focusing on children’s groups like boys and girls club of America where she believe children are the future and deserve the best role models and opportunities

Derrick Kyle is veteran educator in the East Baton Rouge school system where he teaches TV & film to aspiring students grades 6th-8th grade. Derrick has produced several music videos, short films, student series, documentaries, and church events for the past ten years. His number one goal is to produce Christian movies and develop a team of other aspiring film makers to tell real=life stories for the world.

Brianna is a 11 year old who loves to dance, sing, watch movies, and now act. While in school she enjoys math and reading fiction stories. There is seldom a time in her life that she is not found laughing and experiencing the fullest of life. Brianna desires to be a nurse like her favorite Aunt in Georgia.

Angelina is a 12 year old who enjoys being silly with family, dancing off beat to her favorite tunes, watching Liv and Maddie on TV, and the outdoors with her sister. In the near future Angelina plans to be a doctor to help people survive sicknesses. Maybe even find a cure to cancer.

Be Strong in the Lord