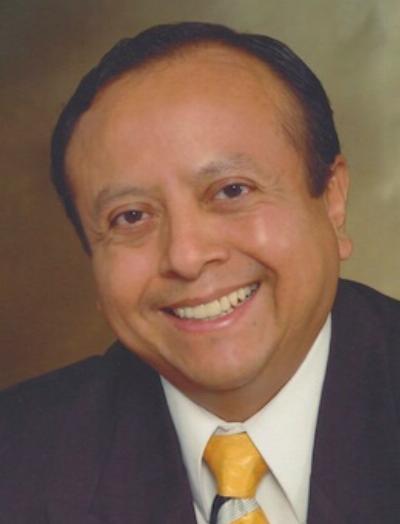 Dr. Cruz was born on April 25, 1953 in Puebla City, Mexico. He became obsessed with both art and singing at an early age. He also spent most of his youth sketching and studying architecture, human figure and nature. During his working career as a singing and art teacher, he explored a broad range of artistic styles from classic to modern art. After receiving his Bachelor of Arts at the Suffield University, he decided to continue his art studies until earning his Master of Arts at the Atlantic International University and his Doctorate’s degree in Fine Arts at the Suffield University.
Remarkably gifted as a painter and engraving artist, Dr. Cruz is undoubtedly a versatile artist whose artworks show incredible diversity in styles, media and subjects that are known for their compositions and powerful immediacy. He has won a great deal of awards, honors and recognitions for his artistic work which expresses topics of the Mexican colonial architecture through engraving on different animal skins. His artistic work has been presented in different media such as: Telemundo 44, Univision, channel 25 (cable) as well as in many Press and art magazine articles.
Dr Cruz was graduated from the Art Instruction Schools, recognized his outstanding academic achievement and exemplary contributions to the public with the Outstanding Graduate Award for 2000 year.
Dr Cruz won the first place in The Chicago Yellow Pages Contest Spanish Edition in 2005. His winning painting was placed on the front cover of the book. More than 250,000 copies were distributed all over the Chicago area and suburbs. Accordingly, art critics, art lovers and fellow artists acclaimed him for this achievement.
It is worth mentioning that Dr. Cruz has been an art instructor for children and adults in private classes and at different places such as Waukegan Park District, Jack Benny Center for the Arts, and Xilin Lake County Chinese School at College of Lake County in Grayslake, IL.
Many years of experience and several art exhibits have witnessed Dr. Cruz’s hard-working hours to inspire the society to appreciate and to look at art once again.
"

"THE MYSTIC LEGACY OF LA RAZA "