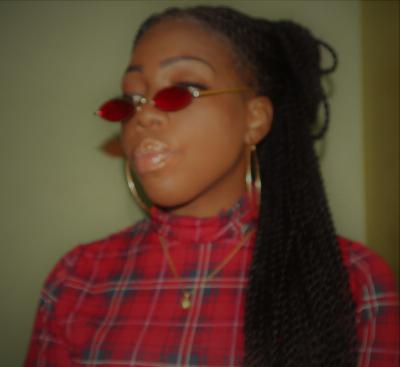 Shanique Stewart is a native of St Vincent and the Grenadines, where she was born in 1993. She was initially self-taught but now attends the Edna Manley College of the Visual and Performing Arts, where she is pursuing a BFA in Sculpture. She established a fine arts business in 2015 called “Beaux-Arts by Shanique Stewart”. She is also the Founder of an visual and performing arts organization called “Heartist Association for Young Creatives” which was established in 2016 and for which she and her team produced three collaborative events. More recently, in 2018, she has founded a wearable arts fashion company called “Legacy d’un Heritage”.Stewart is considered a jack of all trades as she doesn’t limit herself to one artform. She is best known for her murals and has both commissioned and volunteered murals around SVG and Jamaica. She was also a member of the (ECMMAN) SVG, for which she completed a mural on marine conservation. Stewart dabbles in sculpture, fashion, videography, photography, management, disco jockey, drumming and several other artist endeavours. Stewart has exhibited in the Youlou Art Exhibition 2016 in SVG, and VINEYARD VINCYFEST 2016, USA, and she has worked along with Government bodies in SVG pertaining exhibitions and cultural festivals. Stewart has murals, paintings etc. sighted in countries such as SVG, Trinidad, Barbados, Jamaica, United States.