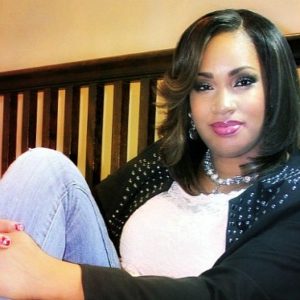 Stephanie Childers-White is a consummate praise and worship leader and accomplished musician. She is a career music professional and educator with over twenty-years of progressive experience as a music director, praise and worship leader, choral director, and mass choir director. Childers-White is skilled in music theory, composition, scoring, charting, and teaching at all grade levels. She is also adept in playing organ, keyboards, and piano while ministering, singing, and teaching Sacred Choral Music, Contemporary Choral Music, Contemporary Christian Music, Contemporary Gospel, Traditional Gospel, Opera, and Vocal Jazz. She is experienced in developing and leading worship ministries, building teams, and empowering volunteers, and is skilled in the design, production, and execution of seasonal and liturgical ceremonies, celebrations, commemorations, and special events. Stephanie is an ordained worship minister, vocal coach, and music instructor with undergraduate and post-graduate education. For eight years, she has taught in the Akron Public School system as a music educator and community advocate.

Minister Stephanie is highly regarded for her creative range and versatility in the praise and worship ministry and she has traveled throughout the United States and abroad to minister through song, prophecy, the preached word, and instrumental music. When it comes to setting the atmosphere for praise and worship, Stephanie’s ministry is powerfully multi-cultural, multi-generational, and multi-denominational. She is able to flow through the anointing to any age group and denomination to set the atmosphere.

Stephanie was born and raised in the Church of God Militant Pillar and Ground of the Truth of Akron, Ohio where she began to develop her musical skills and her walk with Christ. She accepted Jesus as her Lord and Savior at the age of eight and received the Holy Spirit at the age of 13. As a youngster, she cultivated a strong interest in singing, songwriting, and the piano. As a result, she attended the performing arts schools within the Akron Public School District where she sharpened her musical abilities. She continued her education at the University of Akron to study piano and choral music education where she received her Bachelor’s degree and certified teaching credentials in 2010. At the age of 18, Minister Childers-White accepted her call to preach the gospel of Jesus Christ. She is a dynamic preacher who flows prophetically in healing, miracles, signs, wonders, with depth, accuracy, and clarity.

Minister Stephanie has had incredible mentors along her journey who have helped her develop into the anointed woman of God that she is today. Minister Terrence Duncan of Shelton Church of God in Christ-Akron is one of her mentors who taught her how to flow musically through the Holy Spirit with excellence. She received in-depth prophetic training and ministry mentoring under the tutelage of Apostle Joseph Prude of New Hope Fellowship Church in Cleveland, Ohio. She also received mentoring and training in the preached word from Bishop Kenneth Paramore of the Christ Centered Church of Barberton, Ohio.

For the past 21 years, Stephanie has served in ministry as a minister of music, psalmist, music director, choir director, mentor, songwriter, organist, keyboardist, and pianist. Stephanie teaches a powerful workshop where she instructs people how to effectively flow as a psalmist and minstrel. Her experience also includes ministry on a mega-church level. She is the former Music Director at the 4000 member Allegheny Center Alliance Church (ACAC) in Pittsburgh, PA. At ACAC, she ministered during four Sunday worship services while coordinating the activities of 125 congregants who were a part of the choir, orchestra, four worship bands, four worship teams, and eleven worship leaders.

From February through August 2019, Stephanie worked with the GMWA Ohio Chapter Leadership (Gospel Music Workshop of America) and was selected to present an original song entitled “Hold On”, which as co-written with the legendary singer-songwriter, Minister Babbie Mason. She presented the song during the New Music Seminar at the annual international GMWA convention in Washington, D.C. in July. Additionally, she served as a lead soloist, organist, bandleader and producer on the main stage, and made history as an organist and producer in the first all-female band for the GMWA Men’s Division.

Stephanie is the CEO of True Sound School of Music (TSSM). True Sounds is a school of worship, music theory, and multi-instrument instruction. True Sound’s programs exist to develop and sharpen the gifts, talents, skills, and ministry of worship leaders, psalmists, minstrels, musicians, and music directors. Stephanie is committed to developing the next generation of high impact worshipers and ministers with the mission of advancing the kingdom. Minister Stephanie is happily married to Eric M. White, a noted business executive, and conference speaker. She also has a son named Judah who is natural born worshiper and a minstrel in training. Stephanie is not ashamed of the gospel and she proclaims it at every opportunity in order to win souls for Christ and convey the kingdom standards of holiness, consecration, and love.

Craig DiRienzo is a video producer living in Akron, Ohio working full-time at Pritt Entertainment Group. Here he does video production, animation, and motion graphics for a variety of clients including sports, city, corporate, and non-profit. Both independently and in his free time, he pushes to create meaningful, spiritual, Christian content. It is his dream to create this content full-time and explore filmmaking the deepens the viewer's faith, grows them stronger to Christ, or introduces/reconnects them to the Lord.

James Miller is a video producer living in Akron, Ohio working full-time at Pritt Entertainment Group. Here he does video production, animation, and motion graphics for a variety of clients including sports, city, corporate, and non-profit.

Wes McCraw started Creekside Audio with one goal in mind...to pursue his dream of making a career of recording, producing and performing music. Another dream was to help clients to achieve their own music and audio production goals as well. For nearly two decades Wes has enjoyed success as a music producer, audio engineer, guitarist, composer, and sound effects designer. As a performer his skills as a guitarist have taken him all over the country and abroad. As a producer / engineer he has produced audio content for some heavy hitters in the industry including; MTV, PBS Television, Lifetime Movie Network, Hasbro Toys, American Greetings, Sesame Street Inc, and Yahoo.com. In 2014 he mixed, mastered, and composed (3) original music pieces for the full length film documentary, Collecting Sgt. Dan...winner of the Marine Corps Heritage Award (Norman Hatch) Award Best Documentary 2014. The film also won the "My Hero International Film Festival Award". Wes also produced Jazz music artist Michael Egleton's 2014 CD release, "A Look Into My Heart" which won the 2014 Ohio Music Awards-Best Adult Contemporary CD. For the last several years Wes has served as an advisor on the Digital Media Advisory Committee at Stark State College in Canton Ohio.
Creekside Audio is the culmination of a dream and years of real-world experience. Whether you're an Artist or a content provider, cost effective quality audio production and a long list of satisfied clients are just two reasons why Wes McCraw and Creekside Audio are names to remember.

Sheena Austin is a praise and worship leader and she serves at Allegheny Center Alliance Church. She Loves the Lord and enjoy spending time with her family.

Judah Childers-Is a straight A student and currently attends Miller South School for the Visual and performing Arts for drums. He currently plays guitar, piano and he also sings. He occasionally plays guitar and drums at New Hope Fellowship International that is located in Cleveland Ohio.

Eric White
Fundraising & Capacity Consultant, and Capital Formation Expert. Former Director of Development at the University of Pittsburgh School of Medicine, Major Gift Director at Duke University Medical Center, and Senior Assistant during the 2009 Pittsburgh G-20 Summit. He cultivated and recruited Duke University Medical Center's first billionaire donor, and has participated in two $2 billion dollar capital campaigns. Prior to his work at Duke, he was the Director of Corporate and Individual Giving at Saint Augustine's College where he worked closely with the corporate community and traveled with the College's President in the advancement of the institution's major gift objectives that included collaborations with the NBA, Citigroup, Aaron Spelling Productions, McKinsey & Company, Goldman Sachs, the Equitable, TLC Beatrice International Holdings, and CSPAN.

Eric is a seasoned special event executive having produced a 2006 motivational speaking and musical presentation at New York’s Madison Square Garden. The Spanish and Korean language event showcased 15 international musical acts and foreign language speakers over three nights to a live MSG audience of 22,000 and was simultaneously broadcast via 24 satellites to 190-plus countries and translated into eight languages. He also produced three events for the 2009 Pittsburgh G-20 Summit, and during his tenure as a Pittsburgh City Council aide in 1990 he arranged audiences with notables such as President Nelson Mandela, Luciano Pavarotti, Janet Jackson, Defense Secretary Casper Weinberger, Geraldo Rivera, and Joan Rivers, and coordinated communication logistics for the 70,000 delegate National Progressive Baptist Convention in Pittsburgh on behalf of the Mayor's Office.

They can call-330-245-9349
They can email-stephanierchilders@yahoo.com
They can go to the website-https://www.stephaniechilders.org/.

Put on the Armor of God