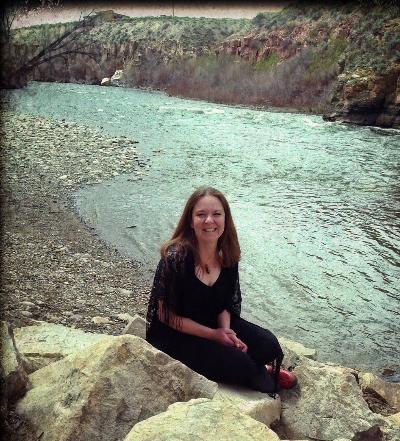 Landscapes, seascapes, people, the heavens, all are favorite subjects to paint for Cheryl Pettigrew. They all provide such a wide variety of ideas, colors and emotions that captures her imagination beyond mere creating. When working she keeps a balance between the love of creating and the idea of what people will see when they view her work. She believes that painting is like having a love affair with a devine creator and is inspired by that thought to keep evolving as an artist. Beauty, faith, love, what better way to express this than to pour them onto a canvas.

Cheryl Pettigrew graduated from Western State College, now Western State University of Colorado, in May of 2000. During her education she gained a wealth of knowledge about painting by studying the masters. Among her favorites to learn from were Cezanne, Monet, Degas, Renoir, and Van Gogh. While in college her emphasis was the human form and still lifes. After college she began to work with landscapes, seascapes and images of the heavens.

Cheryl has been published in several magazines including LandEscape Magazine 7th edition 2015. Her work has been in gallery shows at the Gunnison Arts Center, Agora Gallery in New York and International Gallery of the Arts Toronto Canada. Cheryl's work is in collections in California, Oklahoma, Arizona, Colorado and several other states. Cheryl's work has been published in several magazines including LandEscapes Online Magazine 7th edition 2015 where she received a 16 page interview. She has been in three gallery shows, two at the Gunnison Art Gallery and one at the Agora Gallery in New York. As she continues to create art Cheryl is constantly looking for venues to show her work.

Email is the best means of contact. A lot of my paintings are on artists websites but the one I use the most is Fine Art America.
Cheryl Pettigrew artist Facebook,
Clpettigrew instagram