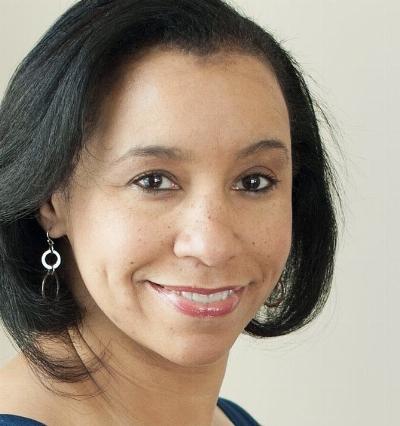 Leah Glenn received her Master of Fine Arts degree in Dance Choreographic Theory and Production from Southern Methodist University as well as her Teacher's Certification in Labanotation from Ohio State University and her Bachelor of Arts degree in Dance and Management from Goucher College. Ms. Glenn has also received extensive training from Jacob's Pillow, the Chautauqua Institute and has worked with the Philadelphia Dance Company where she trained with Milton Meyers and Denise Jefferson. Prior to teaching at William and Mary Ms. Glenn was Assistant Professor and Head of Dance at Hampton University for two years. While at Hampton, she directed the Terpsichorean Dance Company and established the first African American chapter of the National Dance Association's Nu Delta Alpha Honor Society. Her choreography has been presented by William & Mary, Hampton University, the Maryland School of Ballet and Modern Dance and Colonial Williamsburg. Her reconstructions of Pearl Primus’ Bushasche Etude, the Parsons Etude, the Limon Etude, Anna Sokolow's Rooms Etude and Donald McKayle's Rainbow Etude have been presented by William and Mary. She has also reconstructed the Rainbow Etude at Southern Methodist University, Old Dominion University and Hampton University. Her most recent collaboration was a reconstruction with Paul Taylor Dance Company member, Parisa Khobdeh on Taylor’s work entitled, The Word. In addition to her original work and historical reconstructions, Glenn also co-choreographed Journey of Destiny, the retelling of the settlement of Jamestown, which was part of the Jamestown 400th Anniversary Celebration. Several of her most recent works have been presented at the annual International Association for Blacks in Dance Conferences. Her company, Leah Glenn Dance Theatre, has presented concerts at the Katzen Museum, Dance Place and on the Millennium Stage of the Kennedy Center for Performing Arts. LGDT’s most recent performance was the closing event for the ASWAD (Association for the Study of Worldwide African Diaspora) Conference at the Virginia Museum of Fine Arts on November 9, 2019. In addition to her role as Founder and Artistic Director of Leah Glenn Dance Theatre (LGDT), Glenn was recently promoted to Full Professor of Dance at William & Mary. Leah Glenn Dance Theatre is dedicated to cultivating a greater understanding of the world in which we live through thought-provoking works of art that entertain, inspire and challenge its audiences. Glenn’s choreography consists of a range of both abstract and narrative dances. They are physical manifestations of the emotional terrain that lies beneath a variety of social and political themes and inspired by historical figures as well as the beauty and simplicity of the everyday. She strives to provide quality dance experiences that encourage the exploration and discussion of who we are individually and collectively. The company is currently made up of twelve members, some of whom have performed with the company since its inaugural performance in 2013.

Please visit LGDTdance.com and Jane@JRArtsManagement.com to reach me via email.

Letter to the Editor