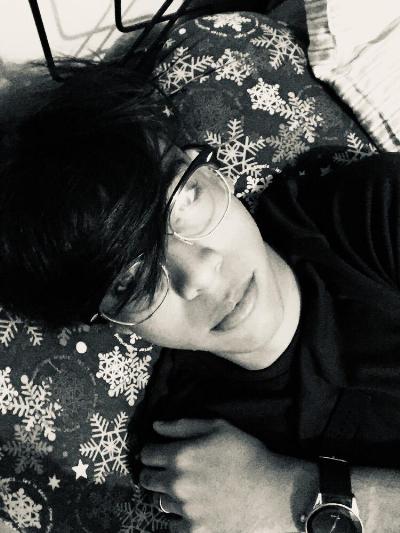 Otoniel Fernandez Diaz, was born in Havana, Cuba on August 11, 1971. Video maker since 1998, has made numerous social videos such as weddings, birthdays, quinceañera celebrations, many video summary works, documentaries and short films, for the Evangelical League Church of Cuba, Church of the Nazarene and Biblical Societies of Cuba. Year 2009 he was 3 months in South Africa working as a volunteer missionary in Communications in the African Region of the Church of the Nazarene, making different films and then doing post production of different materials. He was a producer and cameraman for the secular part of "Timba dance and Fitness" video.
Video editing for the mesoamerica region of the church of the nazarene in the communications area.
But this video is framed and focused on the work of art on canvas with acrylic paint " Actualidad" made by his son the artist Otoniel Fernández Crespo

Otoniel Fernandez Crespo who was born in Havana, Cuba on July 16, 1999. His career as a painter began as a child at the age of 7 when he made his first drawing in the living room of his home: "a dinosaur". The entire family was impacted. At the age of 9 his parents set out to find a drawing instructor. So began his first classes at the art gallery of the Virgen del Camino, municipality San Miguel del Padrón, Havana, for a period of one year. At the age of 10 he received classes with a professor of painting who was also a psychologist with the Seventh-day Adventist Church in Vibora, municipality October 10, Havana. From age 11 to 13 he studied with Professor Orlando Agustín González, who graduated in 1958 from the Nacional School of Fine Arts "San Alejandro" in Havana, Cuba.
He is still a youth and doesn't have a defined style. Challenged by his instructors, he has explored and experimented in styles such as realism, hyperrealism, photorealism, surrealism, expressionism, impressionism, material art and other styles using different materials. He had to leave oil painting for health reasons and was motivated to paint with watercolors, tempera and acrylic, and drawings with pencil, charcoals, colored pencils and pastels.

Contests and Awards
He currently works as an illustrator in a scientific book on Cuban and migratory birds, using the technique of photorealism with colored pencils on fine cardboard.

January 23, 2016 he participated in the Collective Mural at the Council of Churches of Cuba in coordination with the Bible Societies of Cuba and American Bible Societies together with Cuban plastic artists and the American artist David Garibaldi.
November 25, 2014, he was featured in a documentary called "I Have Talent Cuba" about the life of Otoniel affectionately called “Otico” with the prestigious plastic artist Maikel Herrera. Search by ( www.google.com tengo talento otoniel y maikel )
Octubre 7, 2014, at the age of 15, he had his first personal exhibition at the "Dante Alegueri" Gallery in Havana, in coordination with the Italian Embassy.
May 18, 2013, he received the National Art Prize at the 18th National Salon of Children's Plastic "Where The Palm Grows".
January 28, 2013, he was awarded the 1st place in Category III for a drawing on poster board titled "Expression" in the contest "Learning from Martí" in the Recreational Cultural Center "Girasol" in Diezmero, municipality San Miguel of Padrón.
January 27, 2013, he was awarded the 2013 PRIZE in Category III for his drawing on poster board "Independence" in the contest "Paint my Friend the Painter" at the Birth Place Museum of José Martí.
January 26, 2013, he was awarded the 1st Place Prize in Category III for his drawing on poster board "Philia"” in the contest "For a Sincere Friend" at the José Martí Memorial, Plaza of the Revolution, Havana.
December 10, 2012, he was awarded a diploma for contributing to the cultural work of the Art Instructor of the High School "Raúl Cepero Bonilla".
November 25, 2012, he was awarded the GRAND PRIZE in Category III for his drawing on canvas "Agape"” in the contest "Sowing Love" of the Félix Valera Center.
November 21, 2012, he received special recognition for his drawing on canvas "The Visionary" in the XII National Exhibition of Visual Arts Fayad Jamís 2012 at the Arab Union of Cuba.
October 12, 2012, when he was 13, he received special mention for his painting on canvas “The Bull of the Fan” in the contest of the 1st meeting of Expressionism for adults at the Antonia Eiríz Workshop
2012 Grand First Prize on the life of Ernest Hemmingway with his drawing on poster board "The Multirace Cuban”.
In August 2009, at the age of 10, he received a “mention” for his drawing "God Cares for Me” in the contest "Children Create" at the Art Gallery of the Virgin of the Way, San Miguel del Padrón.