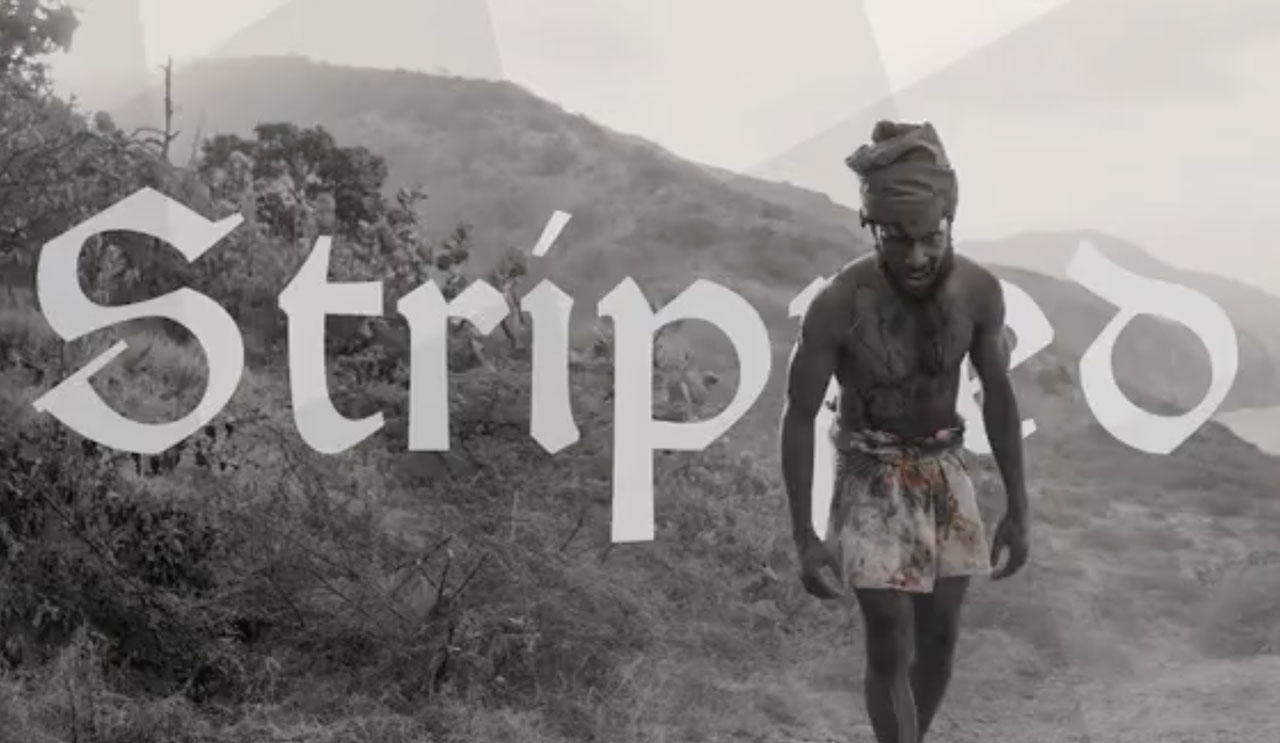 A thief reflects on his life, the state of the world and his relationship with the lord as he makes his way to the cross after being sentenced to crucifixion.

The music video, "Stripped" showcases the dramatized walk of the penitent thief up to his cross. As he struggles upwards, bleeding profusely from previous beatings, he faces an internal struggle as he tries to understand the fate of the Messiah ahead of him. This, in a sense, is the original spiritual battle faced by the early Christians in the first century, who had to struggle with the common conception of the Messiah as a predominantly political saviour, and not one who came to save people from their sins. The thief overcomes his doubts and secures the helmet of salvation, so to speak, by moving beyond Jesus' fate on the cross to address the possibility that Jesus is indeed no mere man, and thus may serve as a mediator between him as a thief and God as Judge. Thus he says, "You're either crazed or amazing, either fake or the Son of David", and later, "But if your smile is for the Lord, then I'll end this monologue, with a little plea that you'll remember me, or put a word in, cuz my sins need purging, my soul is hurting, I need your help for certain,..."Though there is no verbatim quotation of Ephesians 6:10-20 in "Stripped", it vividly showcases the nature of the spiritual battle before salvation - where the sinner must surrender to Christ the Victor, and thereby receive the gift of eternal life, through faith in Christ as Lord.