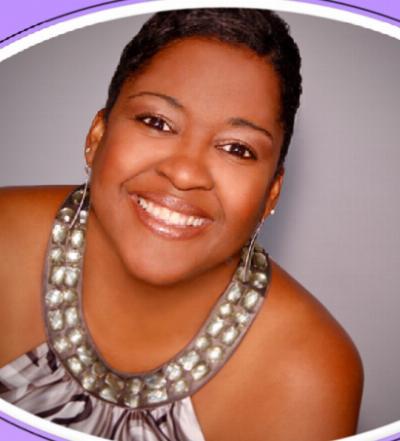 Theresa Hamm~Smith's family has lived in Conyers for four generations. She is a Heritage High School graduate, and received a degree in vocal performance from Shorter College in Rome, GA. She continued her vocal study in Texas with the Houston Grand Opera Young Artist Program. Theresa began her career with an impressive string of vocal competition wins, starting as a Metropolitan Opera National Council Finalist, going on to win The Grande Prix Lyrique in Monte Carlo, where it was her distinct honor to represent the United States, and to dine with HRH Prince Renier of Monaco. She also won the New Jersey State Opera Auditions, the Mobile Opera Competition, and a study grant from Opera Index, Inc. Houston Grand Opera’s touring production of Porgy and Bess was her first professional job. This opera remains one of her favorites for its beautiful music, it has taken her all around the world singing the roles of Serena and Bess, and it was in a production of this opera that she met her beloved husband. She made her Carnegie Hall debut as the soprano soloist in Verdi’s Requiem, and later sang this work with the Knoxville Symphony. Her love of concert and oratorio repertoire has been satiated with performances of Beethoven’s Symphony No. 9, the Requiem’s of Brahms, Mozart, Faure, Poulenc’s Gloria, Handel’s Messiah, many of the works of Vivaldi among others.

Theresa is very much at home on the opera stage. Her Metropolitan Opera credits include Porgy and Bess, Die Frau Ohne Schatten and Parsifal. She appeared in the New Jersey State Opera’s production of Nabucco. She debuted as Donna Anna in Don Giovanni with Chatauqua Opera, and made her San Francisco Opera debut in the world premier of Dead Man Walking, receiving excellent reviews for her portrayal of Sister Rose, which she recorded on the Erato Label. She has also sung with the Atlanta Symphony as the Countess in Le Nozze di Figaro as well as other works,. and has had the pleasure of singing under the baton of Maestro Robert Spano.

Theresa has been blessed to enjoy a varied career, she’s worked Off Broadway, on some of the world’s most prestigious concert and opera stages, she even sang backup for New Kid’s on the Block once! After living in New York City for ten years, Theresa now resides in Conyers. She is the owner and voice instructor of Bella Musica Music Studio, LLC in historic Olde Town Conyers. Her interests include cooking, reading, and writing children's stories. She self published her first children’s Abook, HERO Finds His Voice! in 2018.

An extraordinary performer in his own right, Ronn Smith is also Theresa’s husband, wise counsel and film crew.