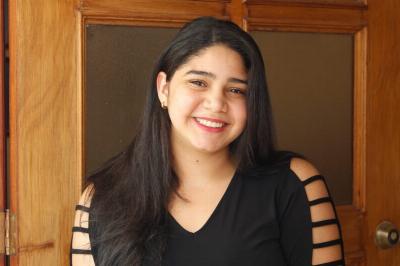 My name is Dzoara Pereyra, I'm Dominican/Venezuelan. I have been interested in arts, photography and filmmaking since I was in High School. I born in a family who taught me values and how to help other people, now as a filmmaker I know that I can do it, showing and making a impact in the world.

Paula Pereyra - Actress
Financial Management and Audit Student from Pontifica Universidad Católica Madre y Maestra. This is my first participation in a short film as the main role.

Pamela Pereyra - Actress
Bachelor in Social Communication Audiovisual Production graduated from the Pontificia Universidad Católica Madre y Maestra. Graduated from Digital Cinema at Tompkins Cortland Community College of New York, from Photography and Photographic Lighting at FS Taller Digital and from Cinema at Academia Cinema Taller. She has worked in many short films holding different responsibilities , being "Netflix and Chill?" her first short film as a director. In the year 2019, she finished co-directing and co-producing the short film "At night this is not my home" with Luis González as a university project. She is currently working as a Creative Producer on the documentary feature ¨Bōru¨, which tells the life of Dominican baseball players in Japan. The short film "Warrior" is her first participation as an actress.