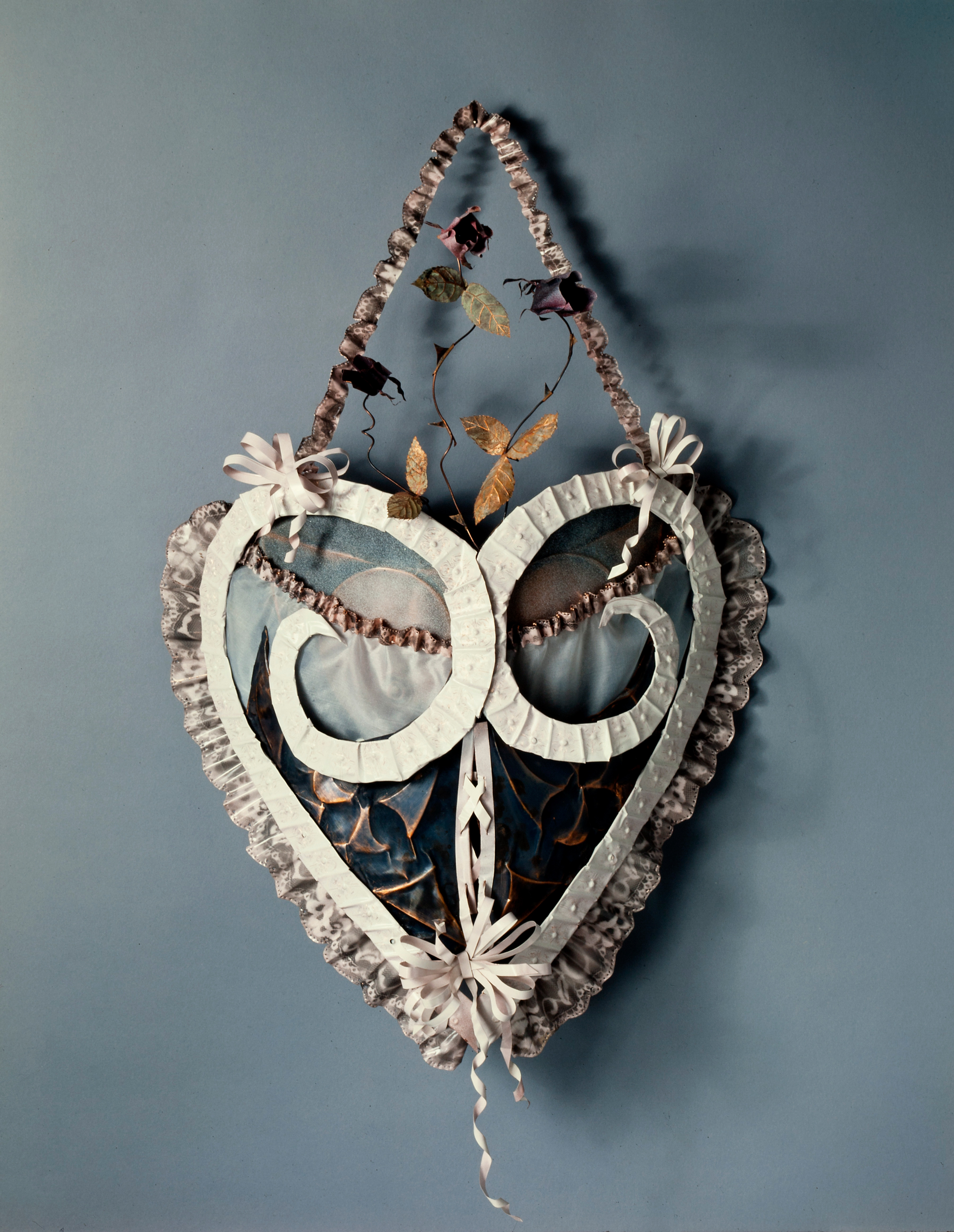 I created a series of works inspired by the word of God. I chose tactile material; metal, fabric, and identifiable or representational forms to lure the viewer into a visual puzzle or narrative that has an ultimate and timely message. A global message that has existed since the dissemination of the gospels to the four corners of the world.

"Put on the full armor of God, so that you can take your stand against the devil's schemes."
The mixed media sculpture hangs on the wall in readiness to do battle with evil that surrounds. Feminine combat gear denotes the artist's intent to stand and repel evil as a singular woman and independent force within humankind. The warrior spirit is captured, yet softened by the feminine accessories: roses, ribbon and lace all crafted in extreme detail in patinated and painted copper.

The Armour of God

“Has not overcome it“

With My Hands Outstretched

Leaving the Devil behind at Church(ill)