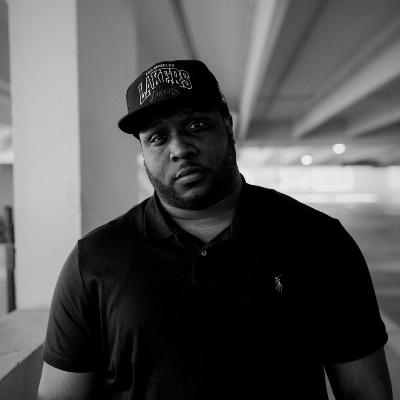 A genre-bending Artist with the ability to passionately merge real life experiences and faith, Johns Island, SC native Jeremiah Bligen is committed to releasing God-conscious music that speaks to and about the realities of life. Jeremiah cites his struggles, victories, love for various styles of music and the work of his late grandfather; Benjamin, as artistic inspiration. In August 2012, Jeremiah released his well received first mixtape “Before I Wake”, which landed him on Rapzilla.com's Top Freshman of 2013 list. Bligen continued his musical journey with the release of his debut album “When Ravens Cry” in December 2015. Now residing in the Carolinas with his family, Bligen is dedicated to sharing his testimony and hope with others through community service and music.

Individual bios for the NFTRY can be found at thenftry.com (7 artists,
including the videographer Eshon Burgundy).

Music Producers: DaBoomSquad
Bio: Daboomsquad is a record & engineer production team
consisting of producers and instrumentalists hailing from the likes of
Chicago IL, Kansas City MO, Richmond VA and Sioux Falls SD.
Daboomsquad are a team of four members K-Diamond, @kdiamondbeats, Rockhouse Music @iamrockhouse, Jluv Productions @jluvbeatskc and A-Foe @afoe_100. Daboomsquad assembled back in 2016 with the desire to glorify Christ and grow immensely in the area of music, engineering and overall production. K-Diamond and Feeze187 had a relationship prior to music production as they both played college football together. The
remainder of the team JLuv and Rock House came about via
developed friendships and relationships over time. Daboomsquad
are know for their hard hitting drums, 808’s, sample chops and crispy
melodic elements. Daboomsquad aren’t strangers to music and
understand what it takes to attack all genres of musical production.
(https://daboomsquad.com/)