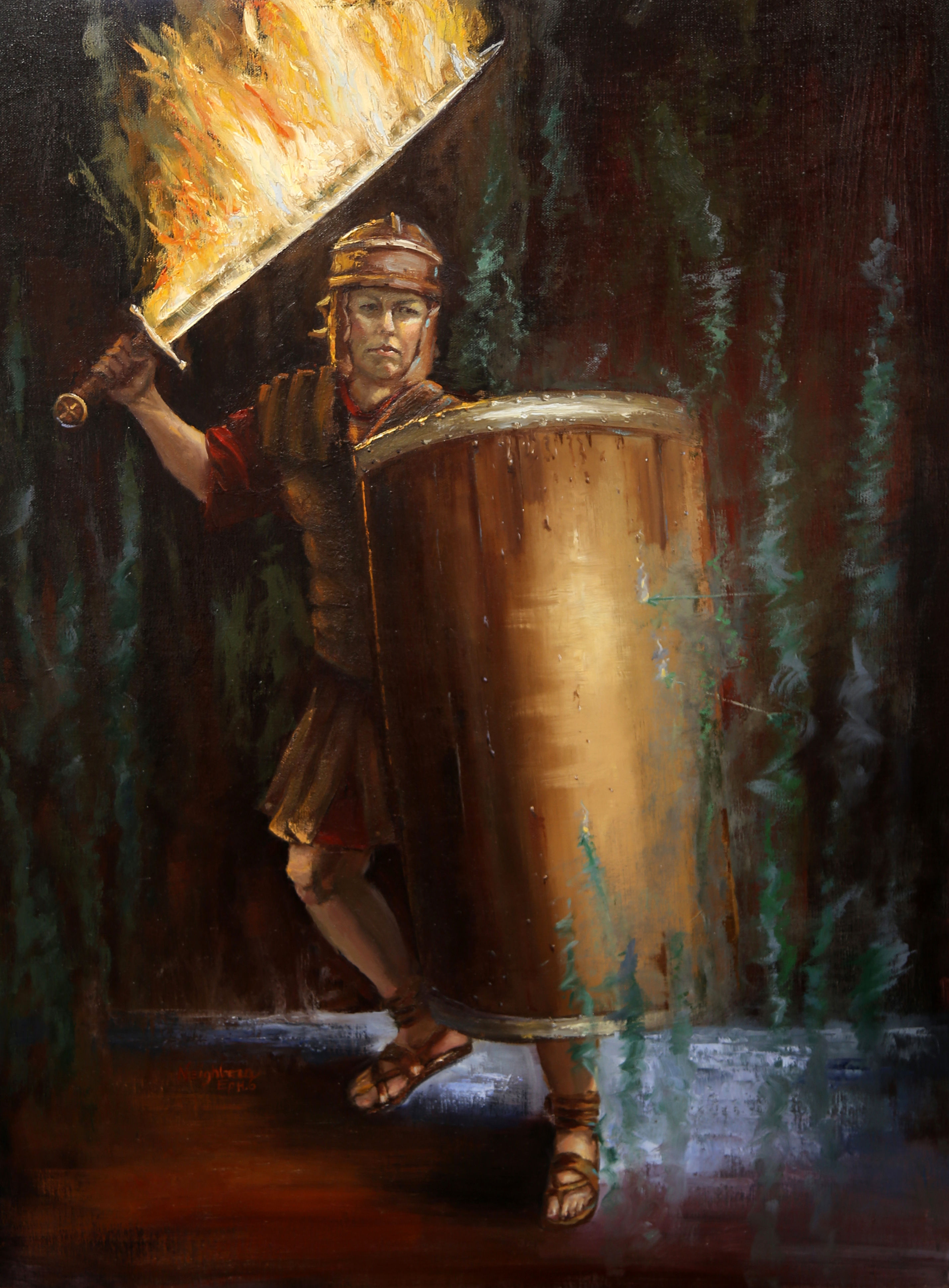 Brandi Neighbors [drawing, painting & photography instructor] is an artist and photographer. She has completed degrees including her Masters in various areas of art from institutions such as NC School of Communication Arts, Fayetteville Technical Community College, and Pensacola Christian College (PCC). While attending PCC, she would realize that her true passion was in representational art and teaching. While earning her Bachelor’s and Master of Fine Arts degrees at PCC, Brandi learned various techniques in oil and charcoal and wants to continue to grow in her art. Along with producing art, she was blessed with opportunities of teaching different subjects in the major as well including drawing, painting and photography at a collegiate level. Her dream is to continue to use those skills as well as pass on the information learned to others for the glory of God.

This piece was a personal study on Ephesians 6:10-19. I wanted to paint myself in the armor since we armor up daily. I was battling with fear and realized the need to wear the armor. Below is the full story behind the piece.

Eye in the Sky

The Armor of God

Put on the Armour of Light

In the silence of the night; God listens