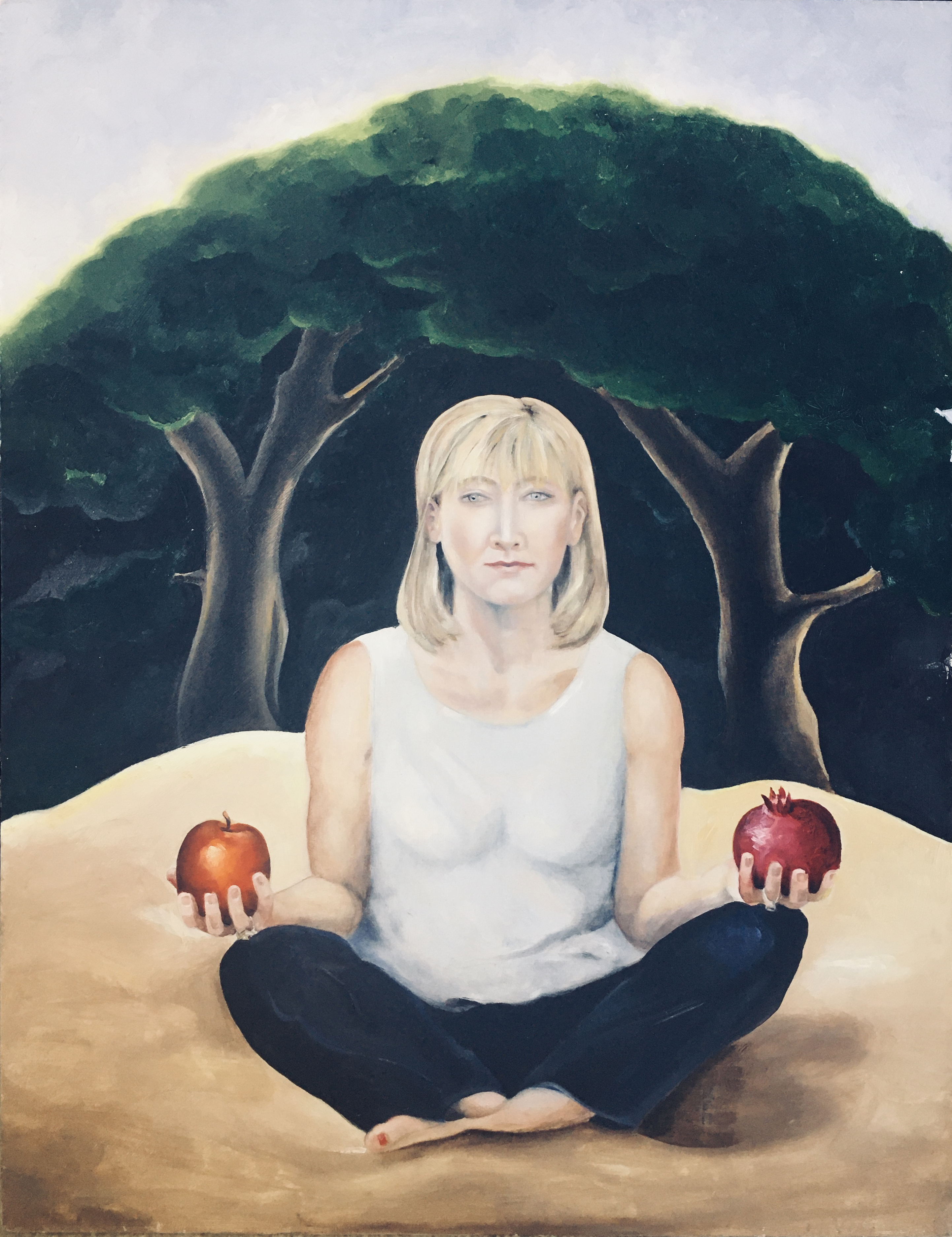 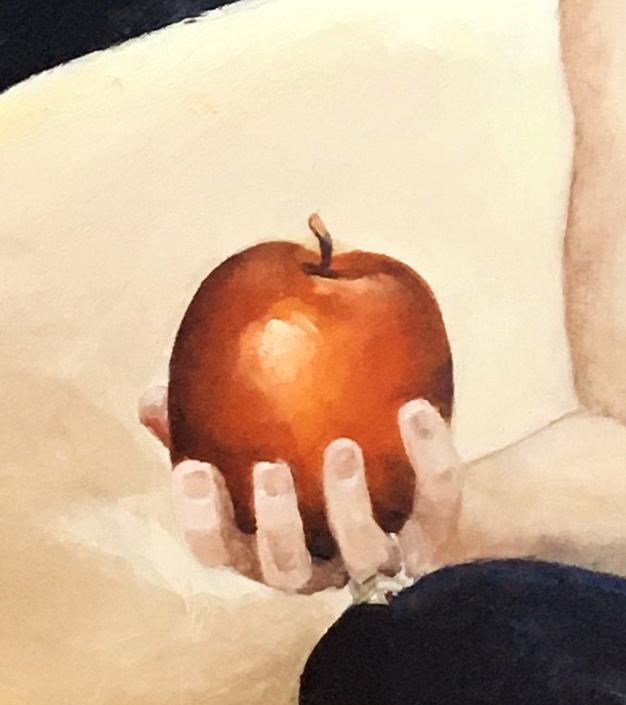 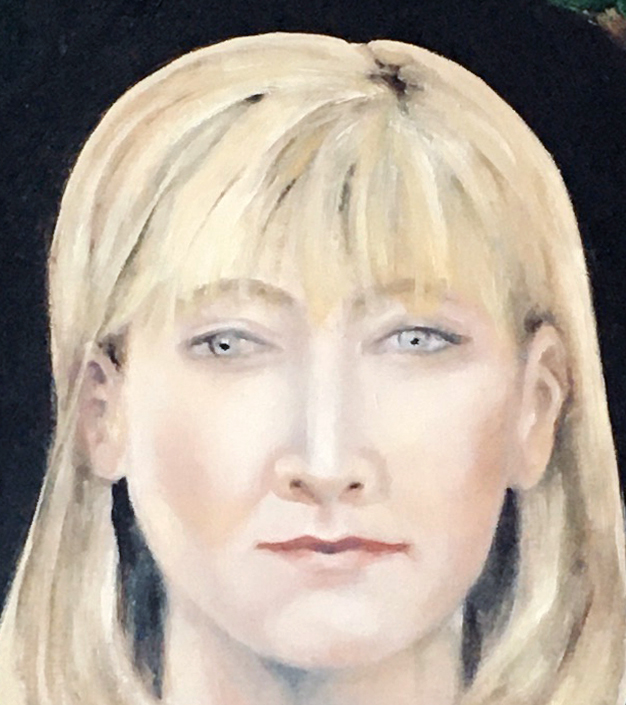 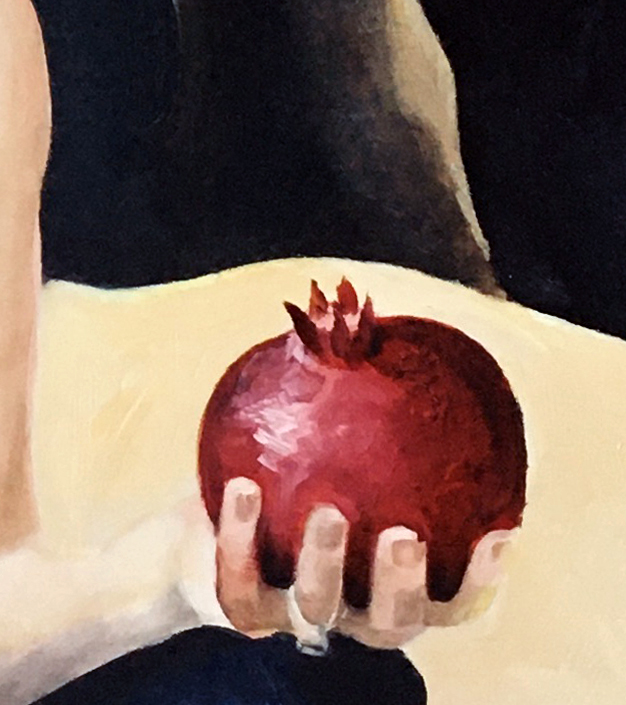 The Apple and the Pomegranate

My works invite the viewer to learn more about the shared visual language of identity, tradition and story in contemporary human experience. In the painting titled ‘The Apple and the Pomegranate,’ I layer symbolic meaning into an otherwise basic self-portrait. In this work, a lone woman sits cross-legged on a bed of sand. She holds an apple in her right hand and a pomegranate in her left. The overall tone of the painting is more illustrative than realistic. The woman’s face suggests that she is asking the viewer to choose between her two offerings. The dark copse of trees behind her emphasizes the importance of choosing correctly. The apple, the pomegranate, the sand, the dark trees - all of these elements are used symbolically, references to Adam and Eve and the heritage of our humanity, the Garden of Eden and the first battle between good and evil, Snow White and the Evil Queen of collective childhood memory, Aaron the High Priest of the Old Testament and our shared Judeo-Christian family, Jesus in the desert wilderness overcoming temptations from the devil. In addition these symbols have simpler communal meanings such as nourishment and harvest, wisdom, fertility and family life, and righteousness.

I choose to submit ‘The Apple and the Pomegranate’ as an entry for the EngageArt exhibition after reading Ephesians 6:11, 'Put on the full armor of God, so that you can take your stand against the devil’s schemes.' St Paul’s letter to the people of Ephesus speaks and instructs us in the imperative, as in, 'You must do this.' But we don't, do we? Not always. Boots on the ground, each of us must figure out what Ephesians 6:10-20 means in our lives. It is our choosing, as individuals and as collective community, that will define us.

The Apple and the Pomegranate' is an original work of art, oil on wood panel, 24x18", unframed. For further information, please contact the artist Mel Ahlborn through her website at http://mahlborn.faso.com/ or http://melahlborn.com

Put on the full armor of God

ARMOR OF GOD - A Self Portrait

Reflection of the Spirit